Karma is pleased to present a two-person exhibition featuring angel paintings by Reggie Burrows Hodges and moon paintings by Ann Craven. The show is set in the former St James Catholic church at 70 Main Street in Thomaston, Maine.

The angels and moons on display symbolically and literally explore the notion of light found in darkness. Deep hues of black and midnight blue set the stage for the heavenly icons, capturing them with a painterly effulgence—or radiating glow. Appearing throughout the canon of art history, these enduring celestial subjects have served as protectors and messengers. Craven and Hodges create warm and inviting interpretations of these guiding lights that allow the viewer to, in Hodges’s words, “offer up and be offered back.”

In Craven’s large-scale paintings, pink moons cast their light on to still water, through backlit trees. A cherished motif for the artist, Craven’s moons vary in brightness, describing the quality of light present in the specific night of their rendering. She painted her first moon in 1995 in Lincolnville, Maine, an activity that, in her words, “gave me my subject matter, I was literally chasing the moon.” Rendered in vivid hues and loose brushstrokes, her iconic moons are painted in plein air and diaristically titled with the location of their production: by St. George’s River, or in Cushing, Maine. Her true subject is the process of creation itself: in an almost ritualistic act, she serially repeats her lakeside moons, adding or removing trees throughout her variations. The viewer’s continual revisitation of this same subject throughout the exhibition space simulates a familiar encounter, conflating the momentary and the perpetual.

Incandescent and arresting, Hodges’s angels perch on the edge of benches and glide through the air, arranged in poses that echo canonical church-commissioned works by Renaissance masters such as Titian and Botticelli. Soft brushwork, hazy lines, and flat planes of subdued color acknowledge figurative forefathers such as Milton Avery, Edouard Vuillard, and Henri Matisse. Characteristic of his practice, the angels are formed from a dark ground; the artist fills in setting, scenery, and clothing, leaving the silhouettes of the angels to be shaped by negative space. In Sil (2021), a dramatically backlit angel greets the viewer, as if emerging from another world. In Luty (2021), an earth-bound angel gazes over a park, deep in thought.

Awash in light from windows and stained glass panels, the space echoes the luminescence of the paintings inside. The church site explores the historical precedent of placing heavenly icons in devotional spaces; in the words of Hodges, the show “brings these subjects home.” Unlike the standardized light of a traditional exhibition space, the fall of light upon the paintings merges setting and subject, room and artwork. 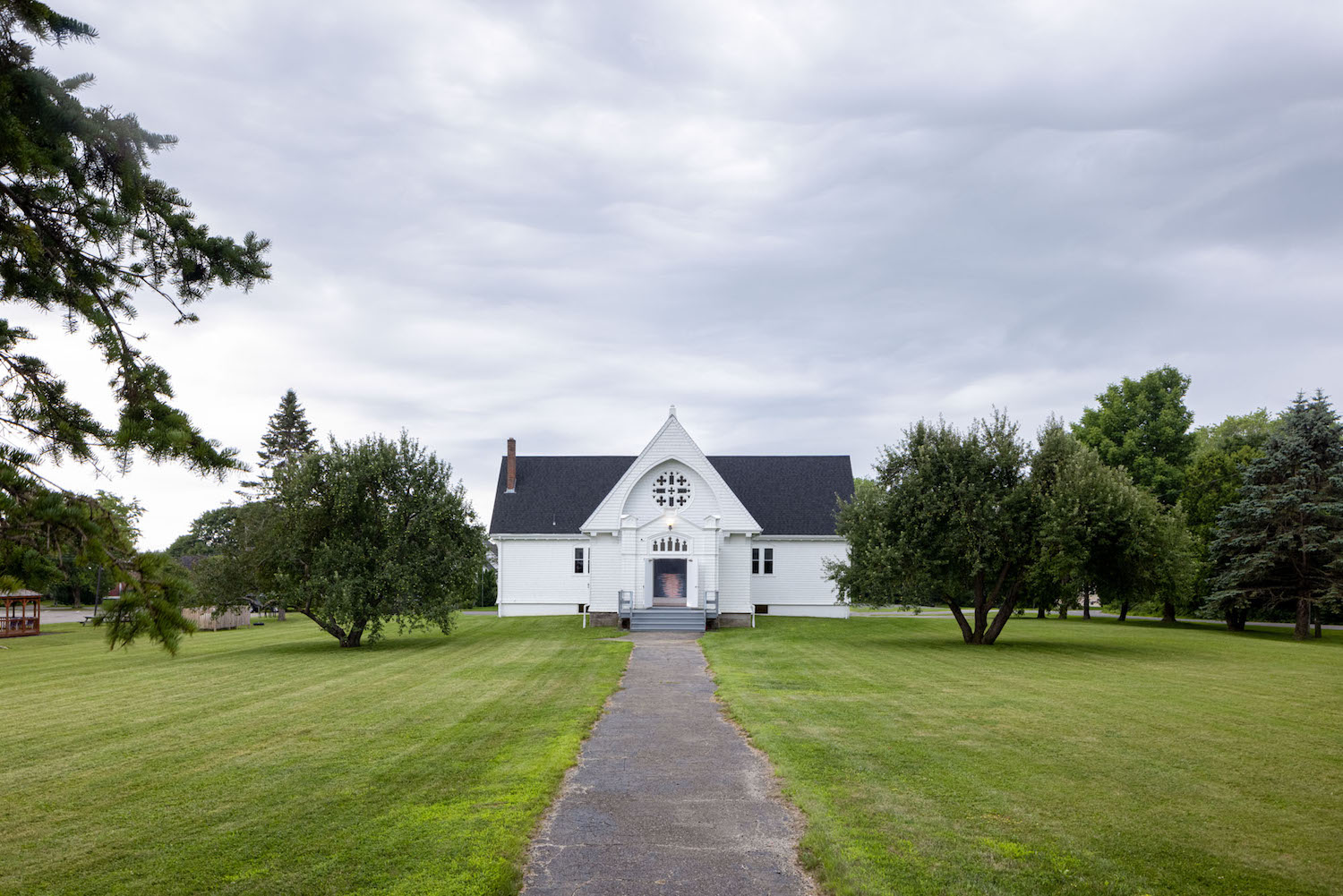 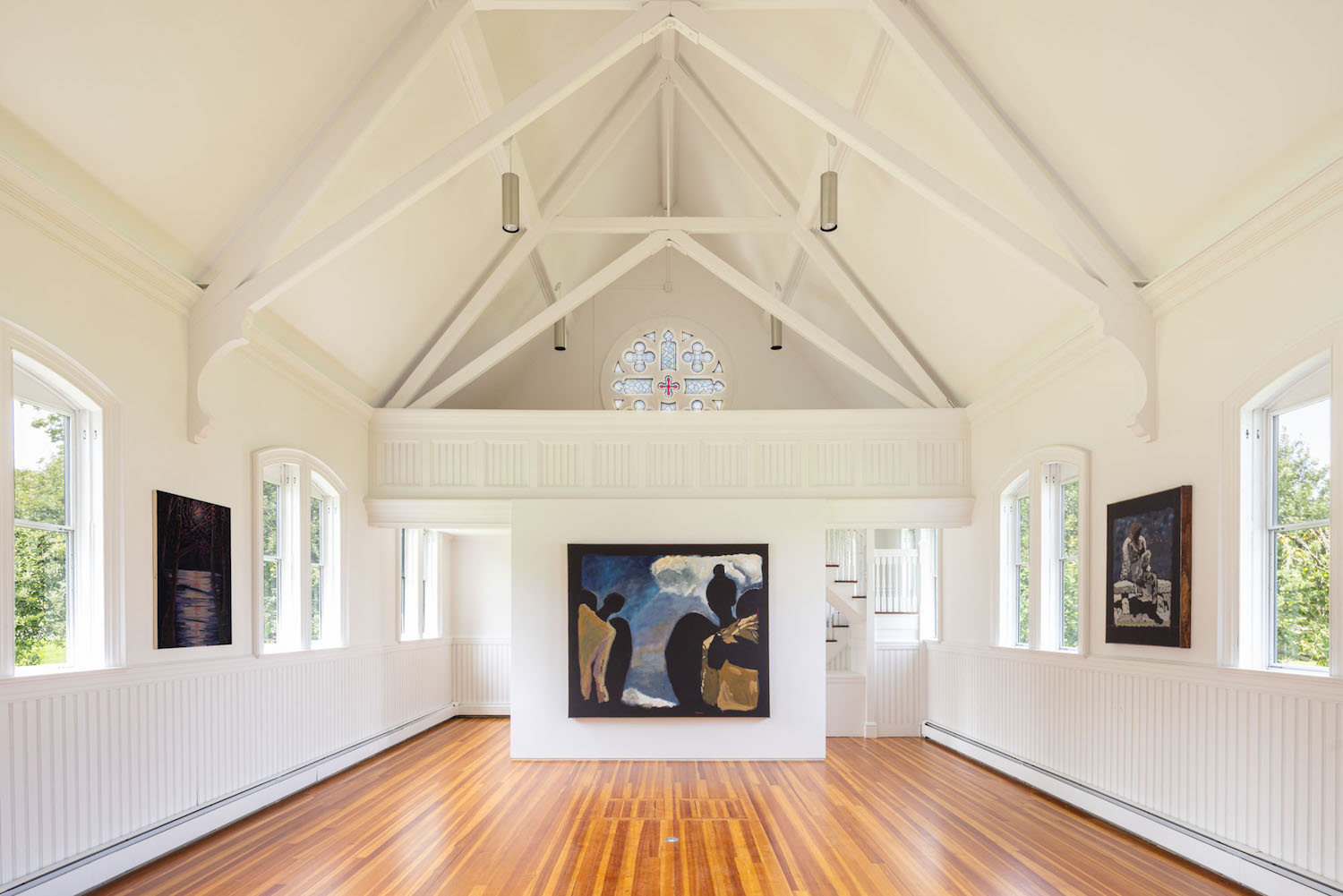 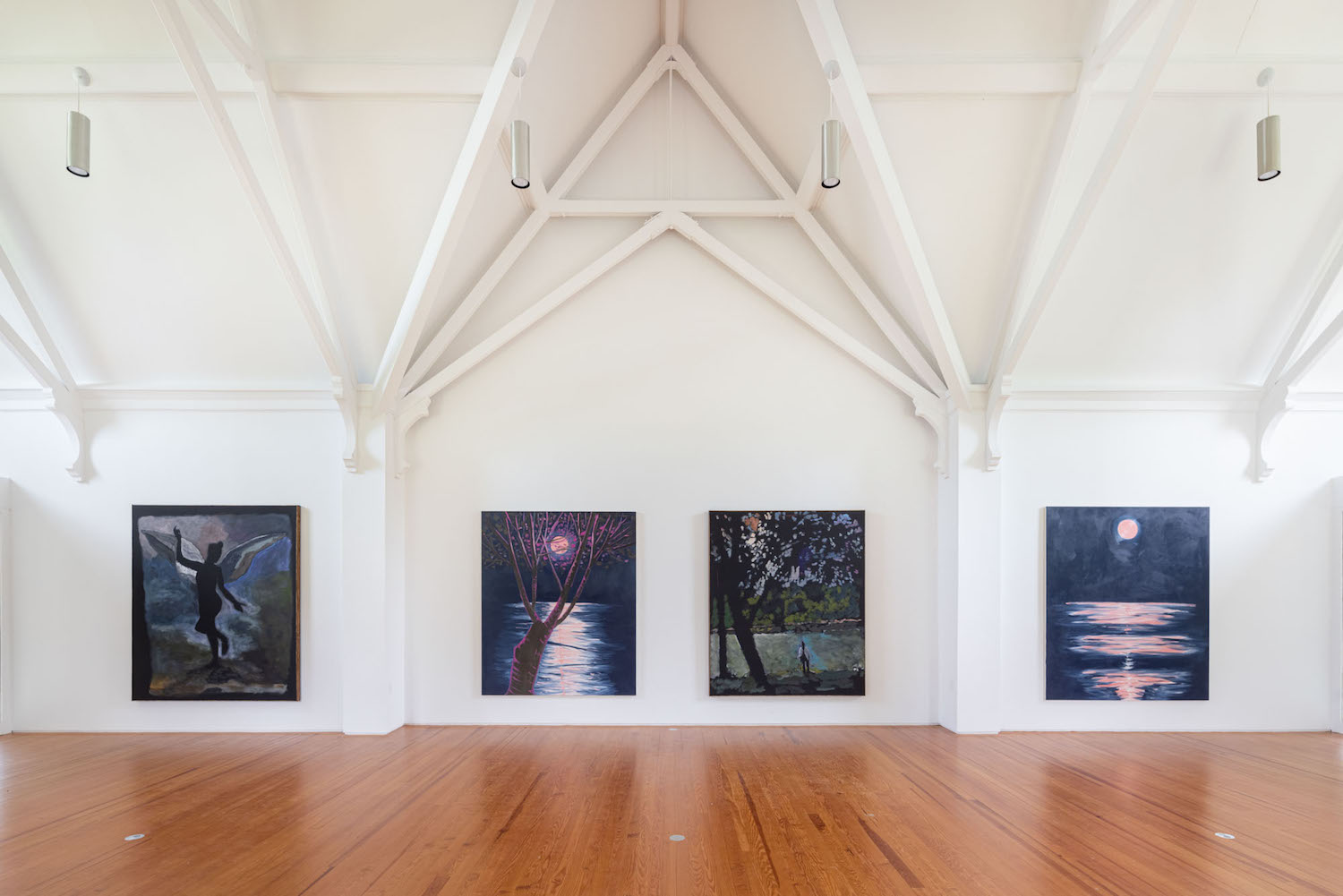 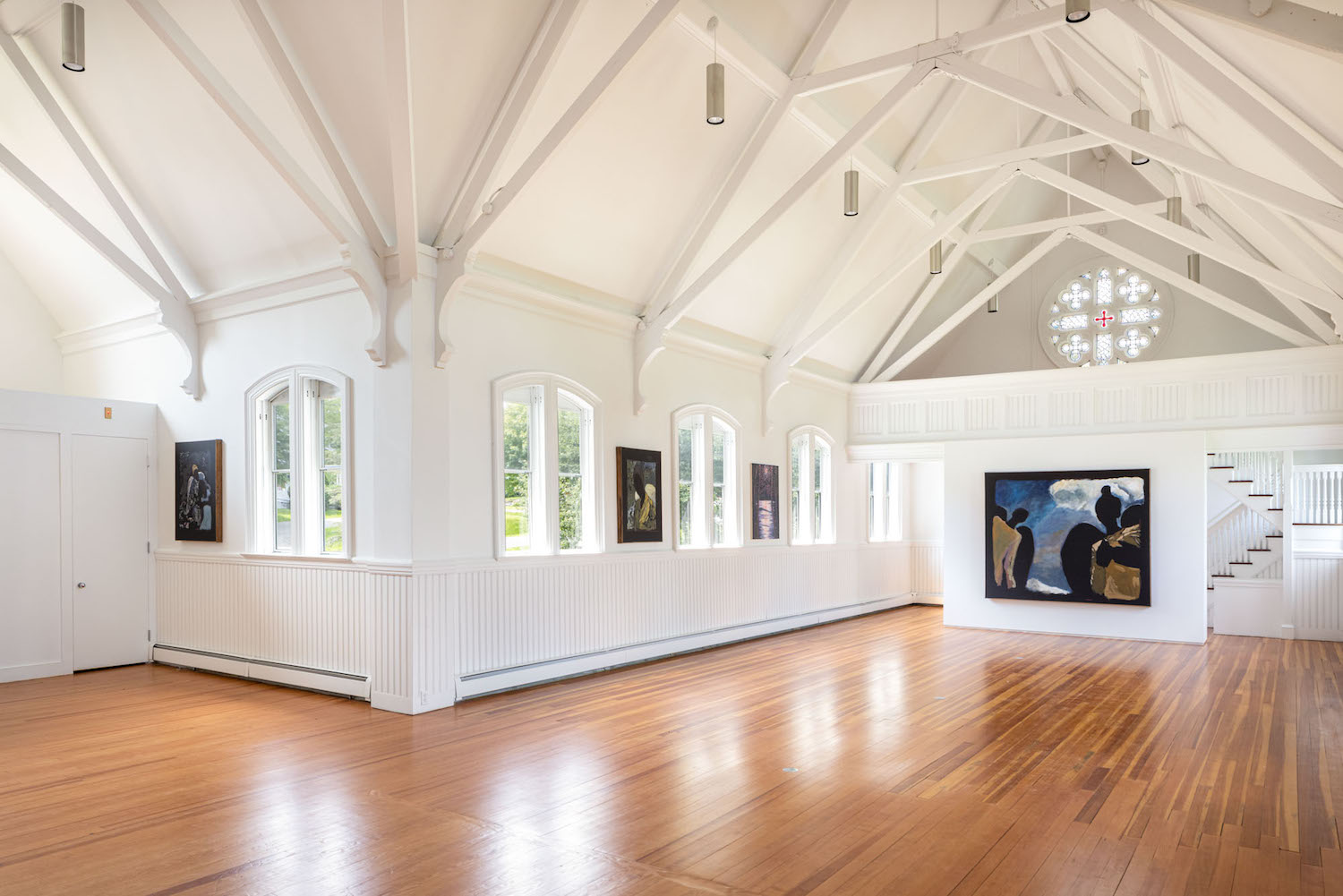 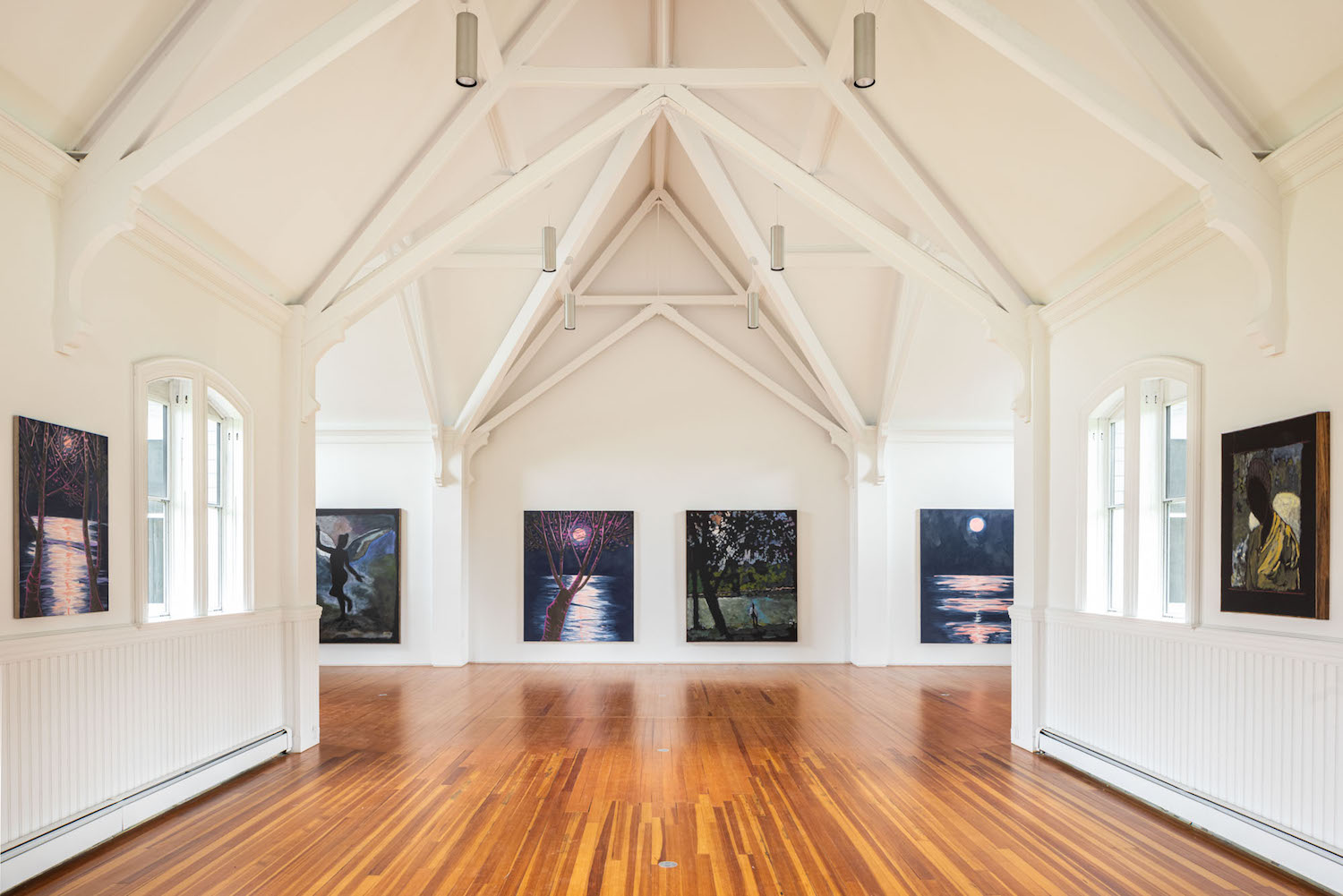 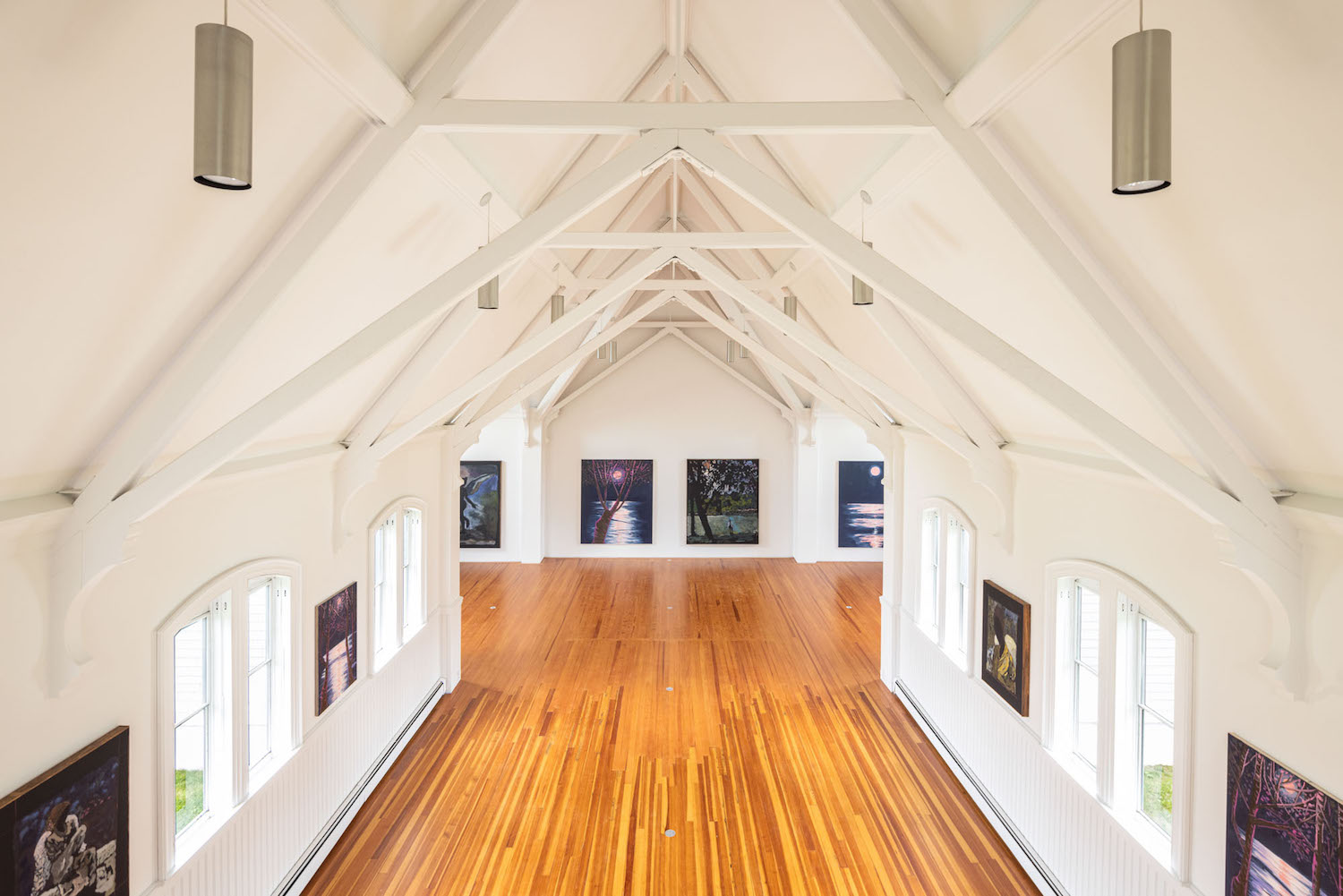 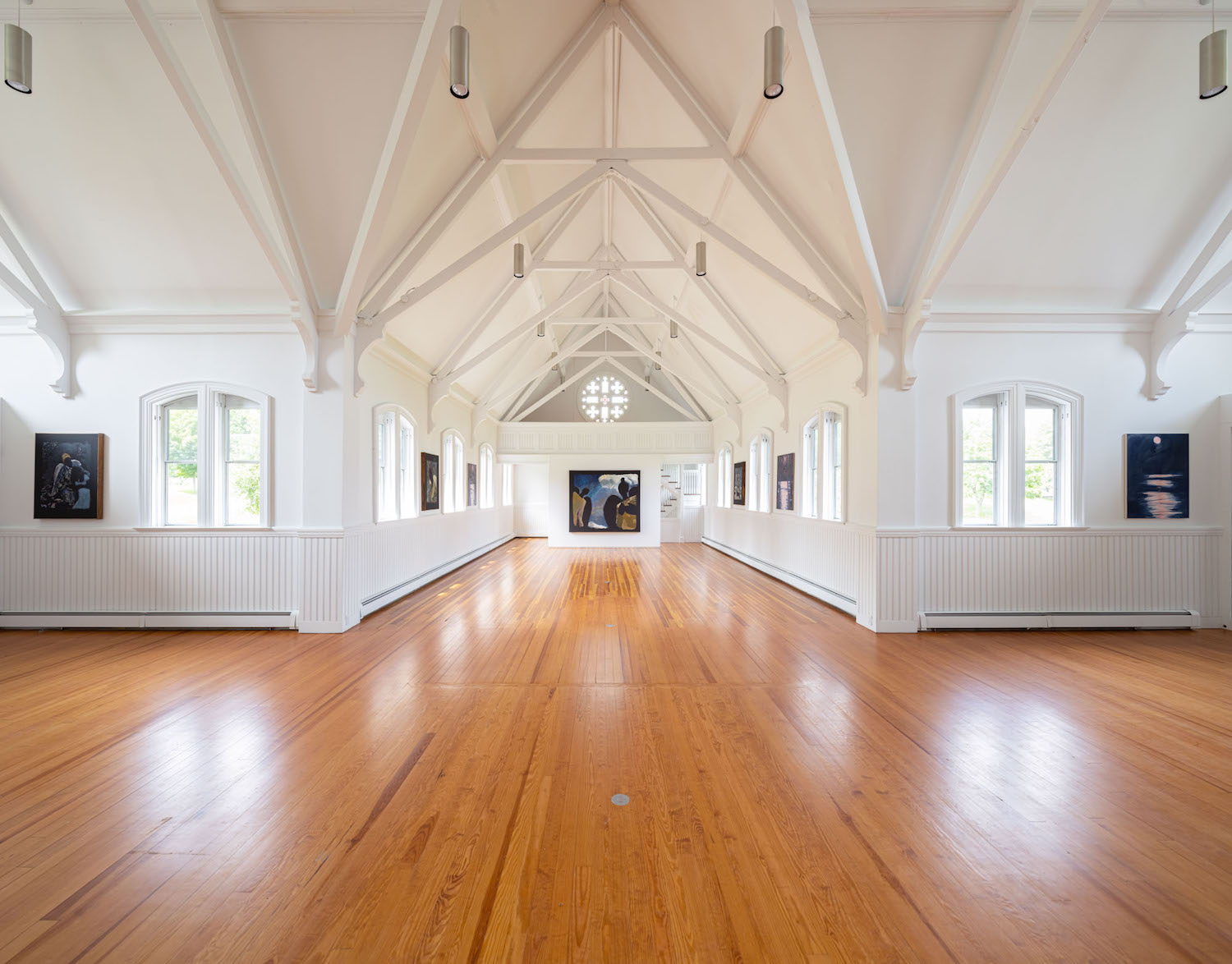 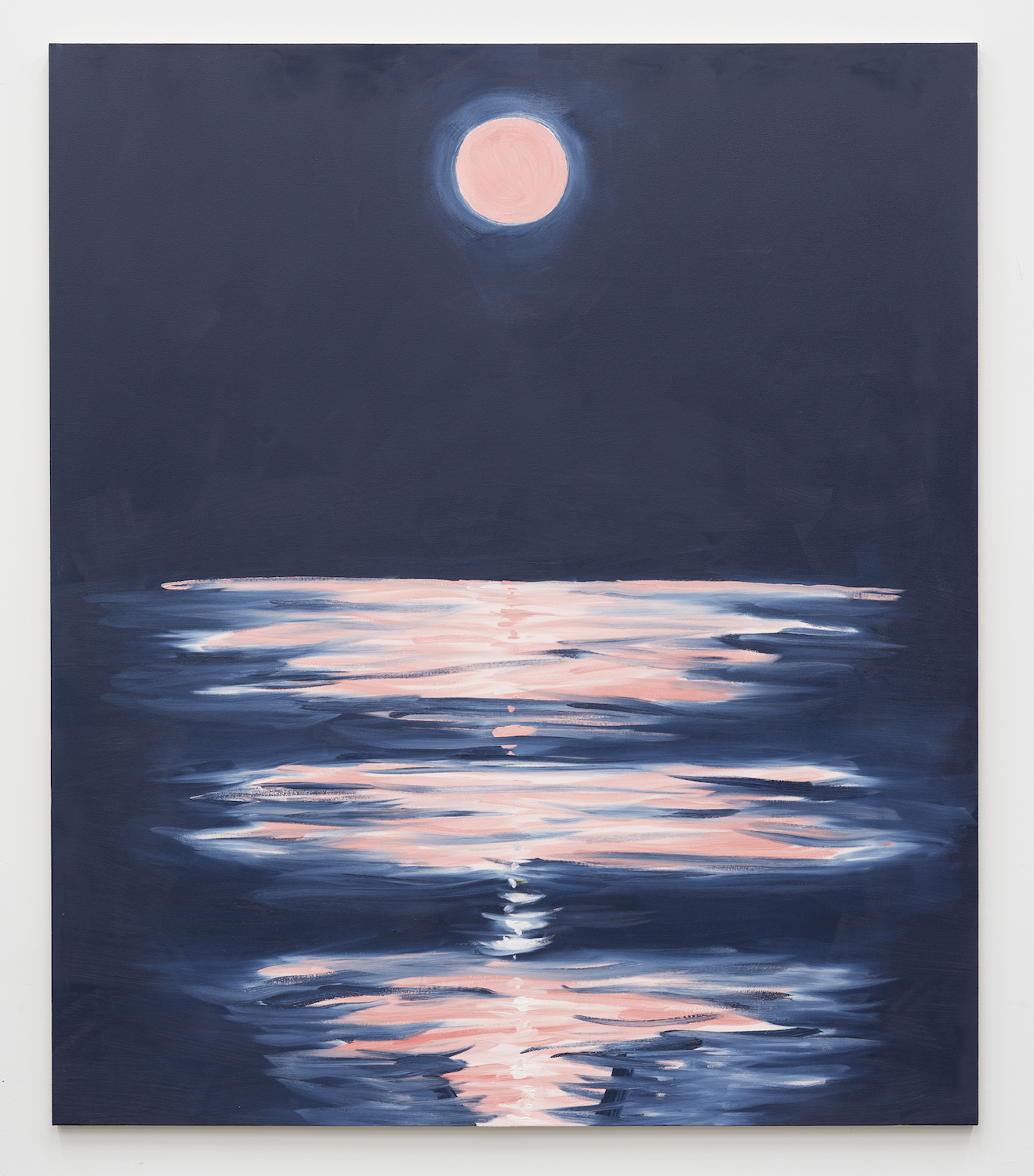 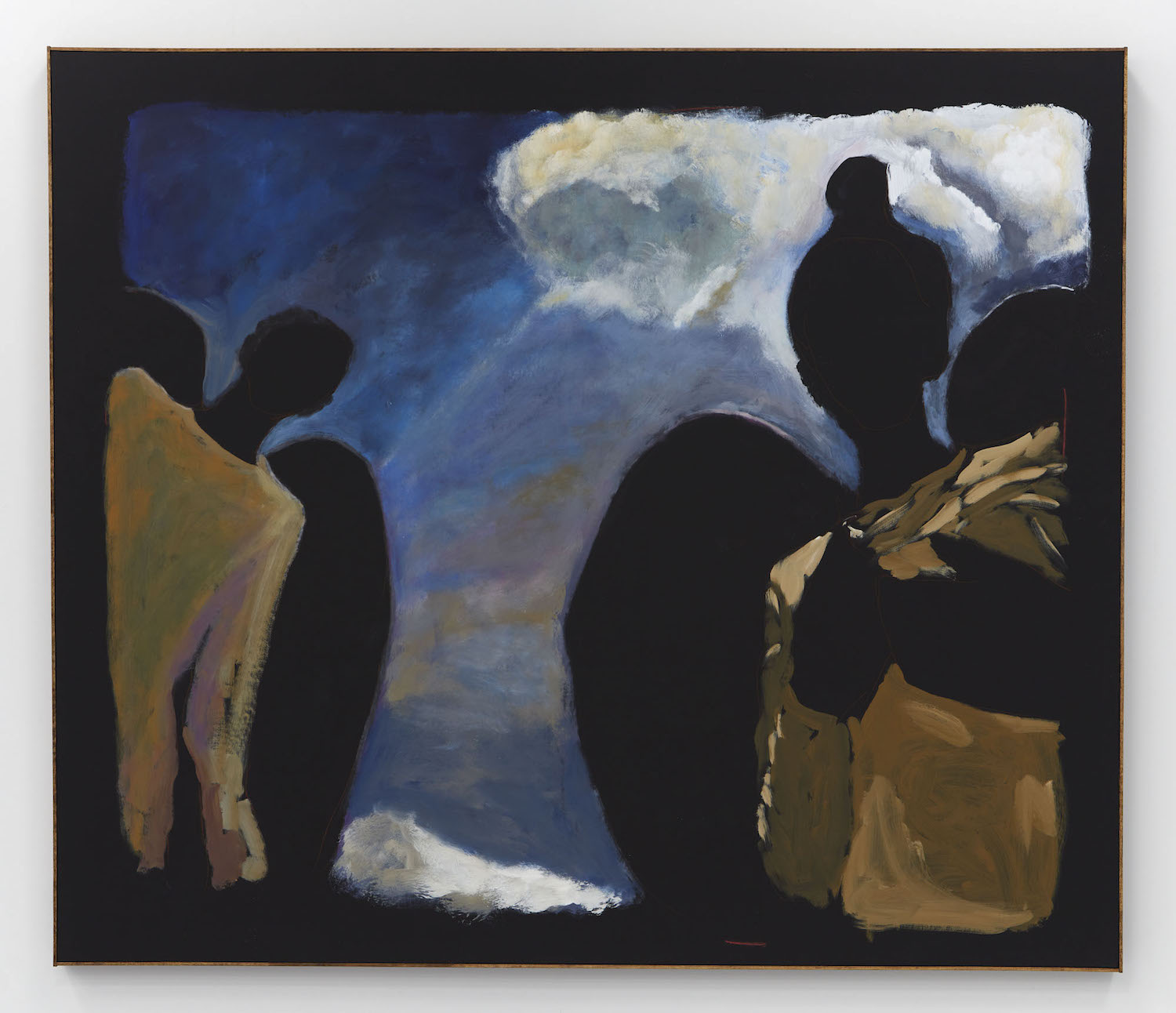 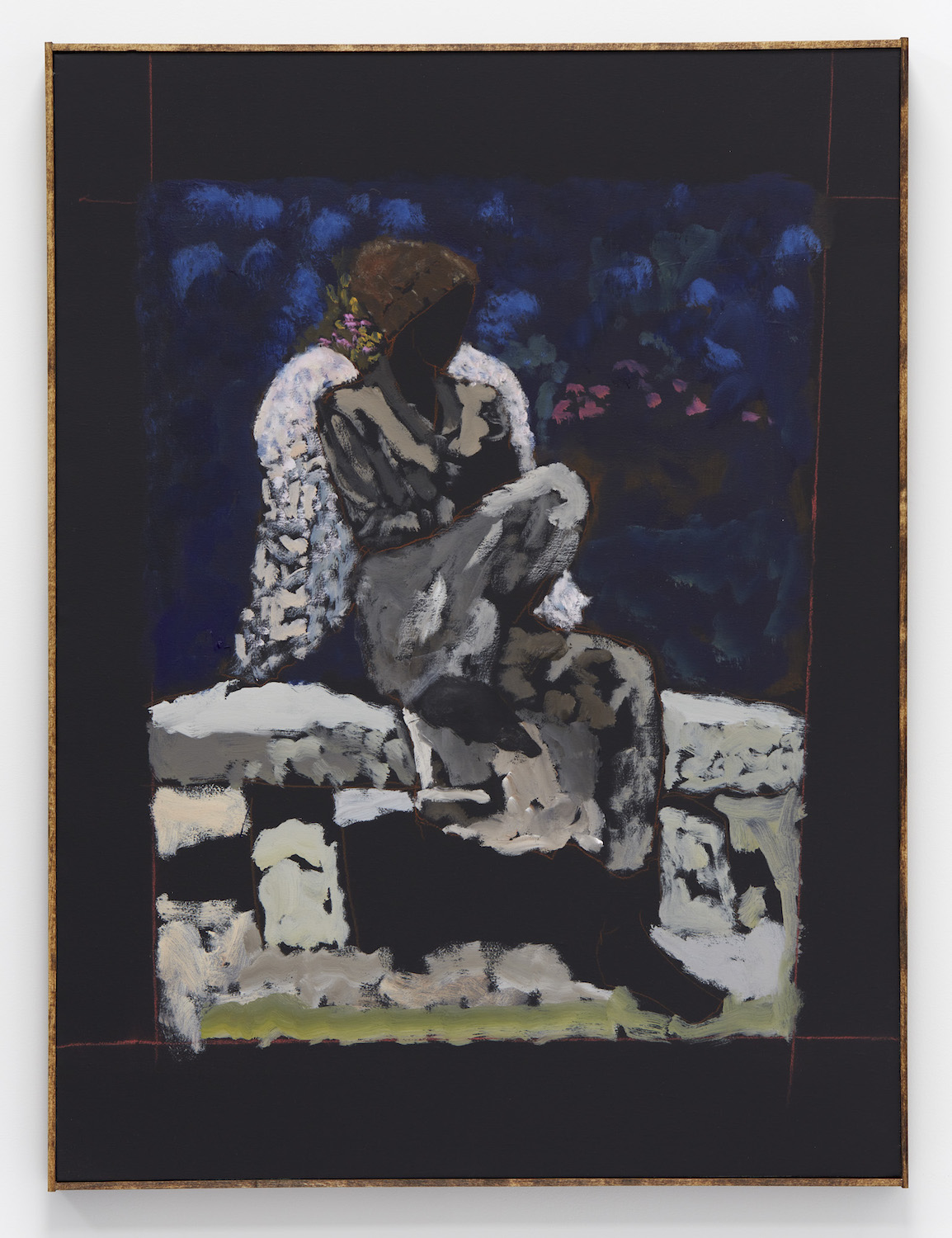 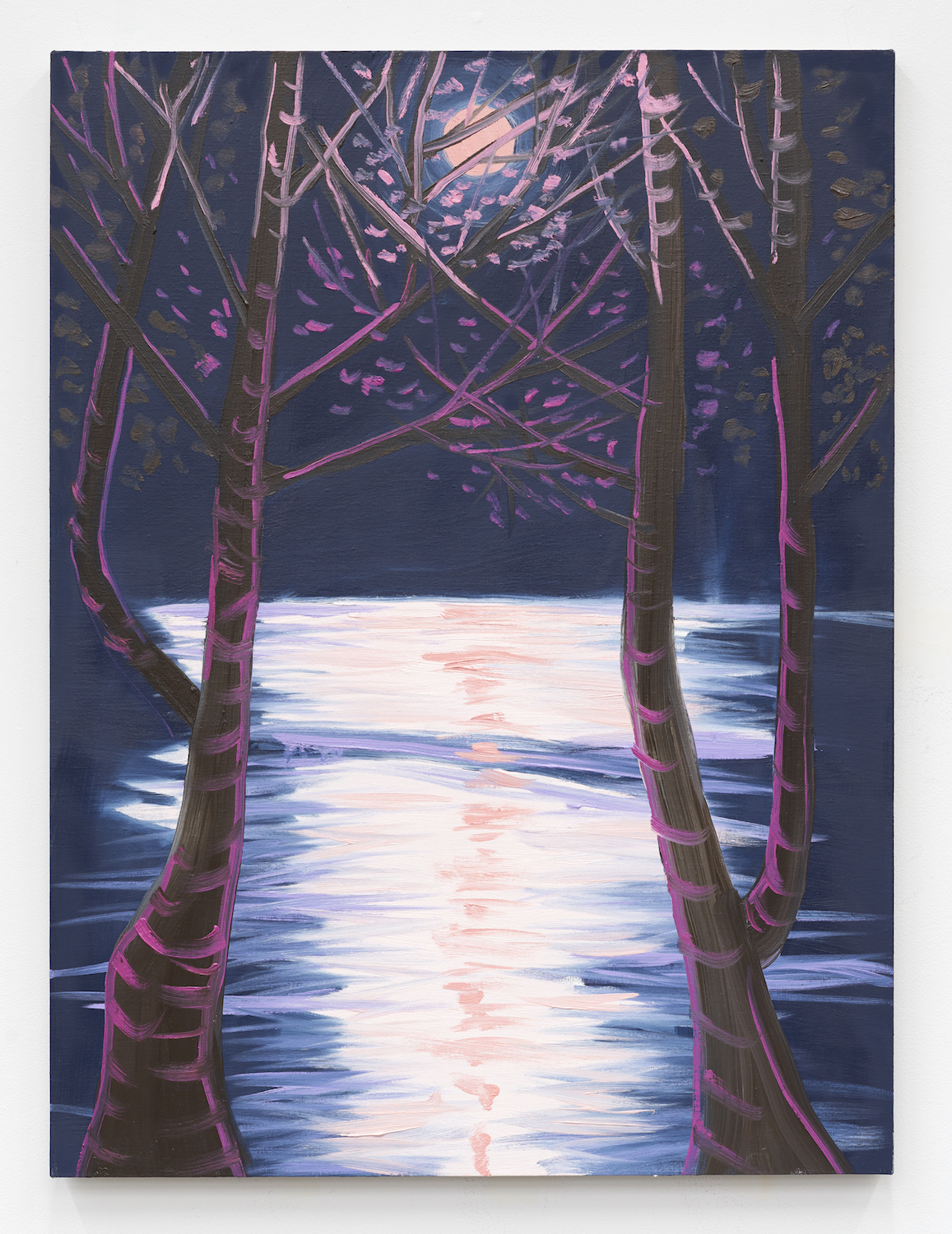 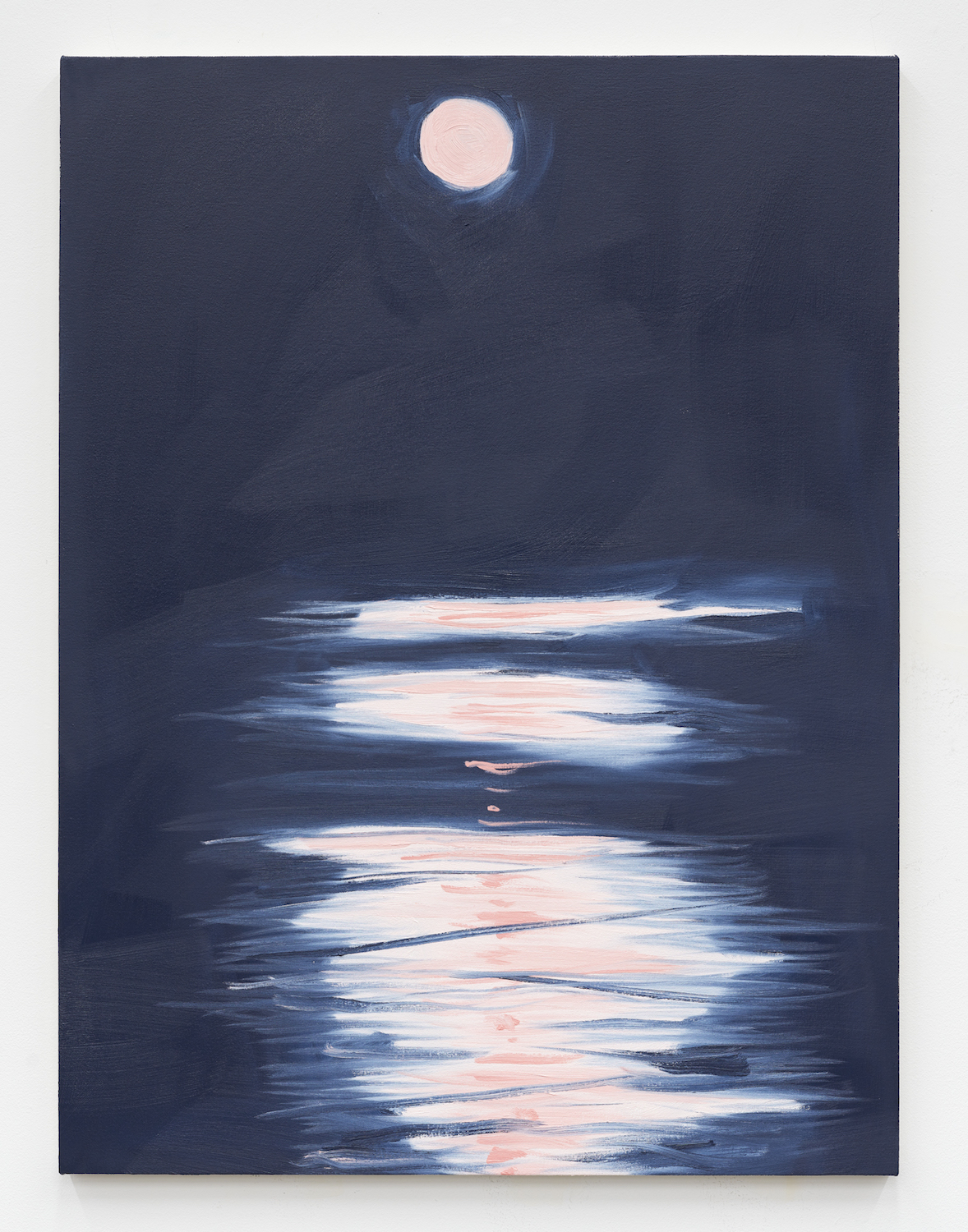 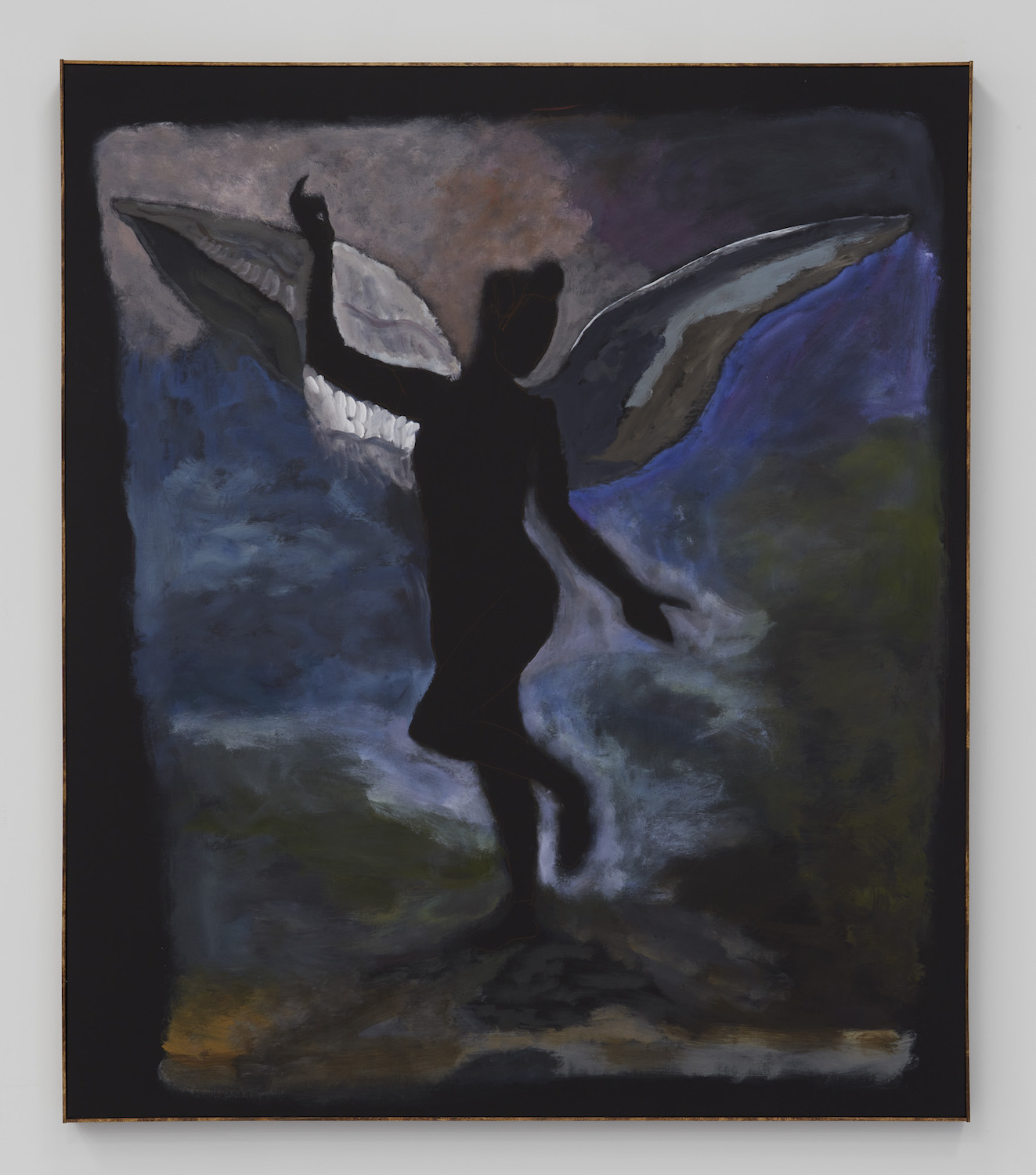 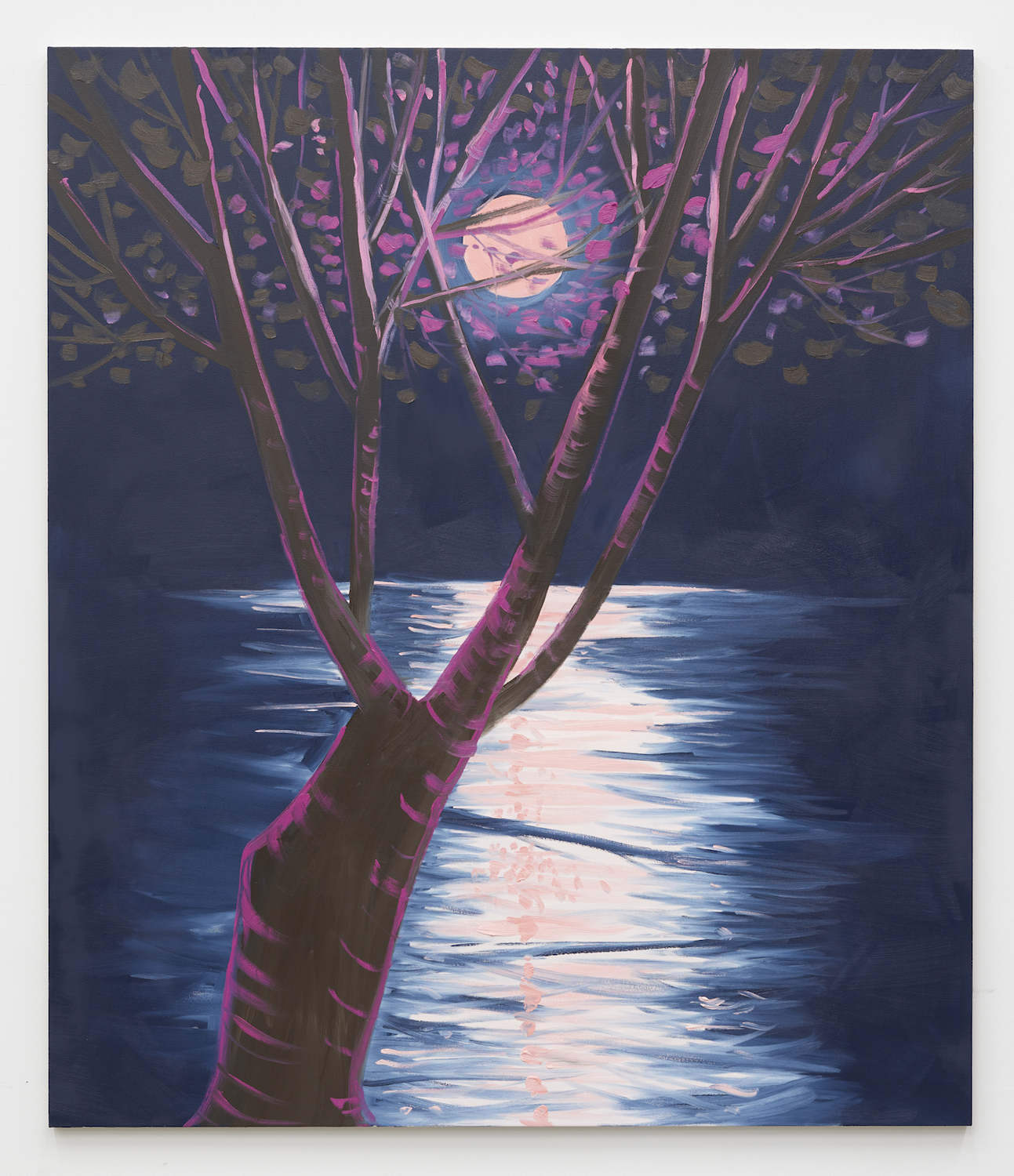 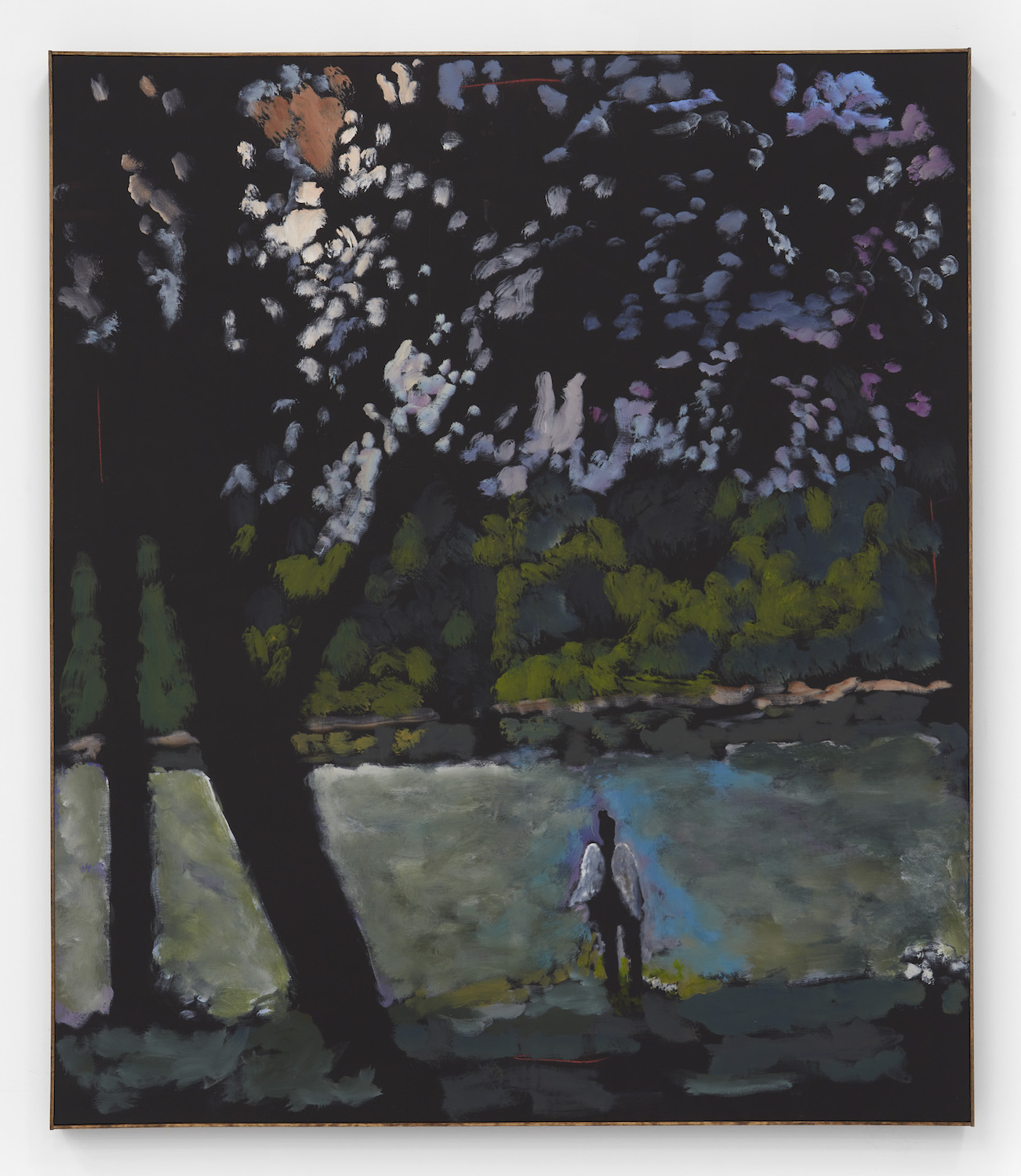 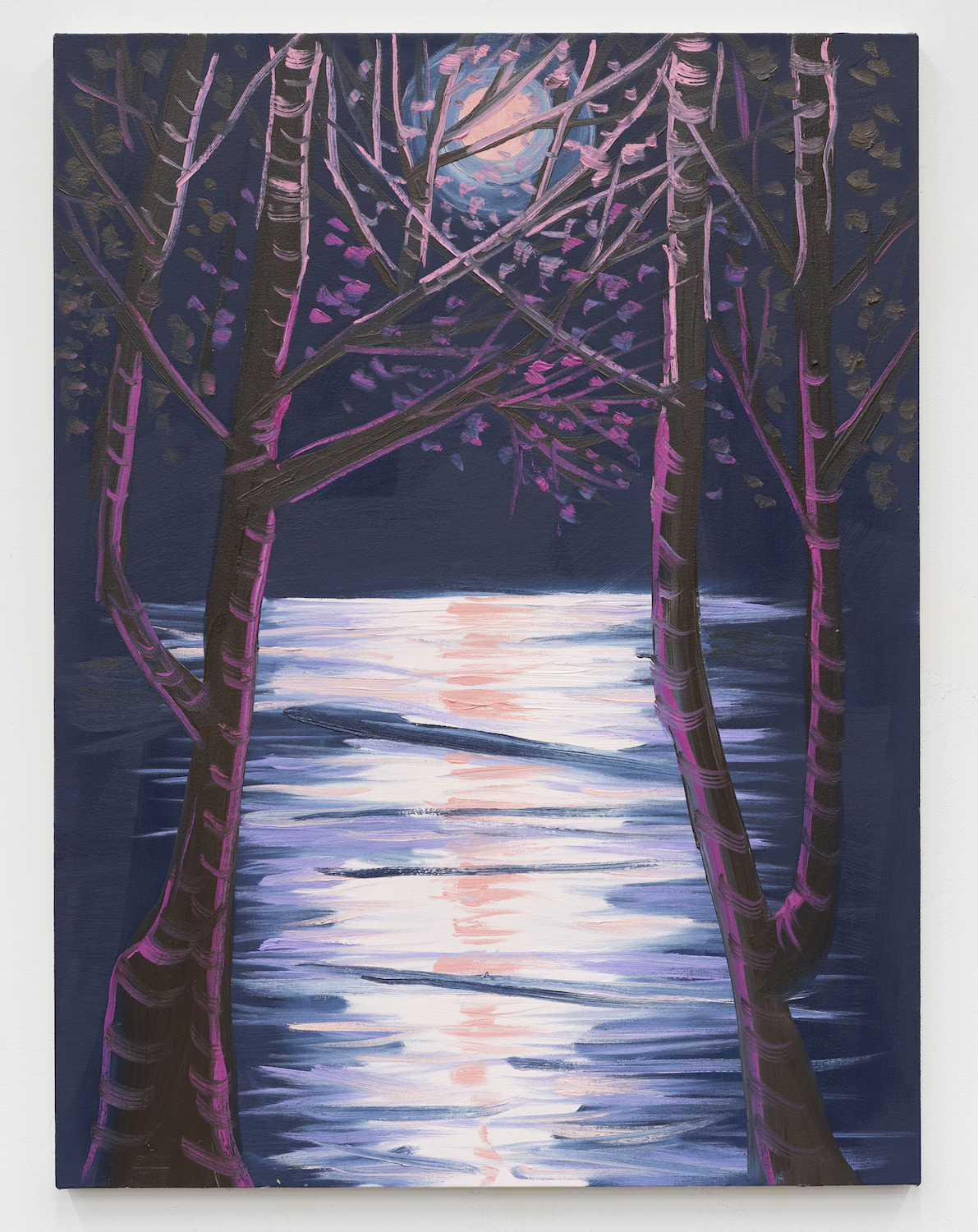 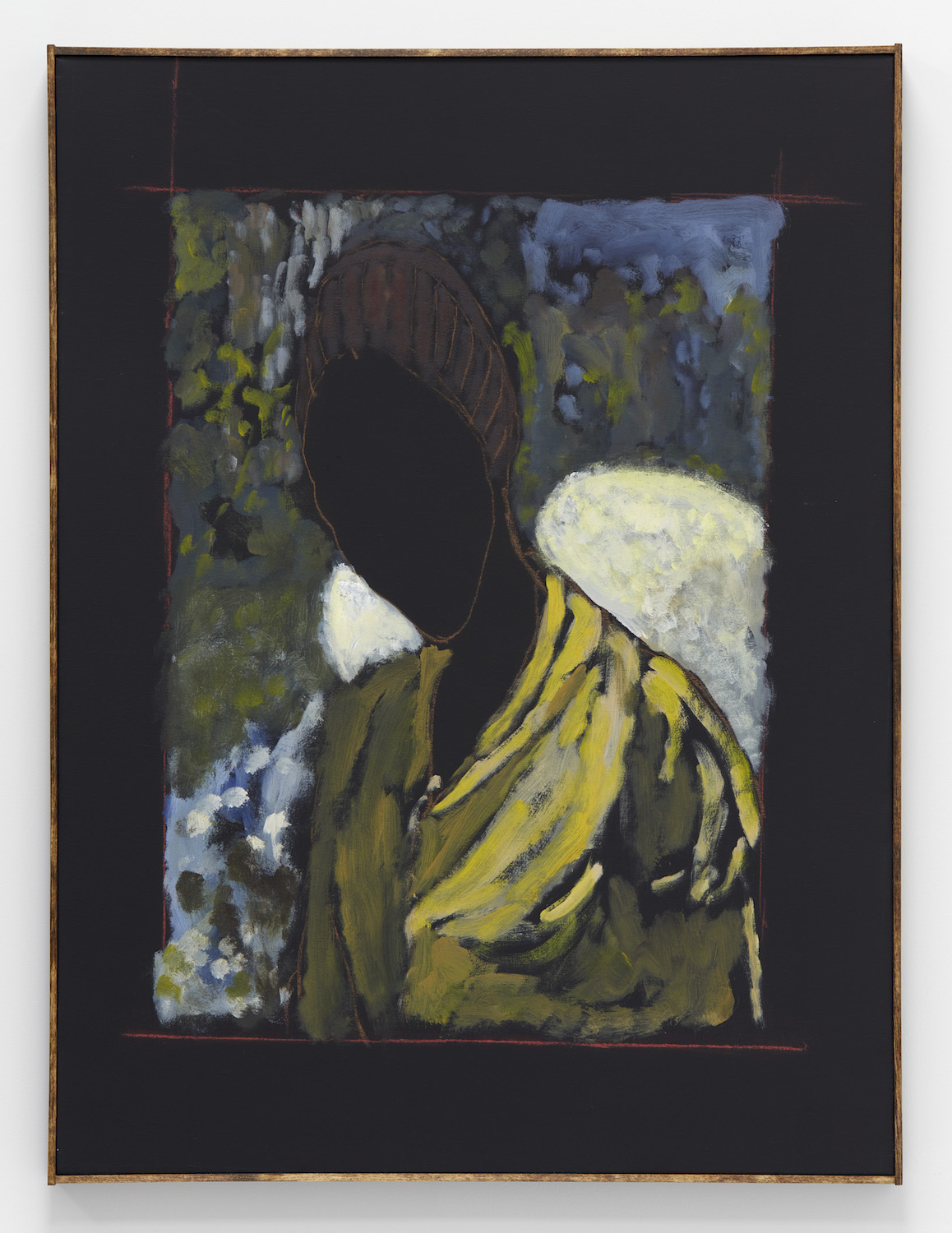 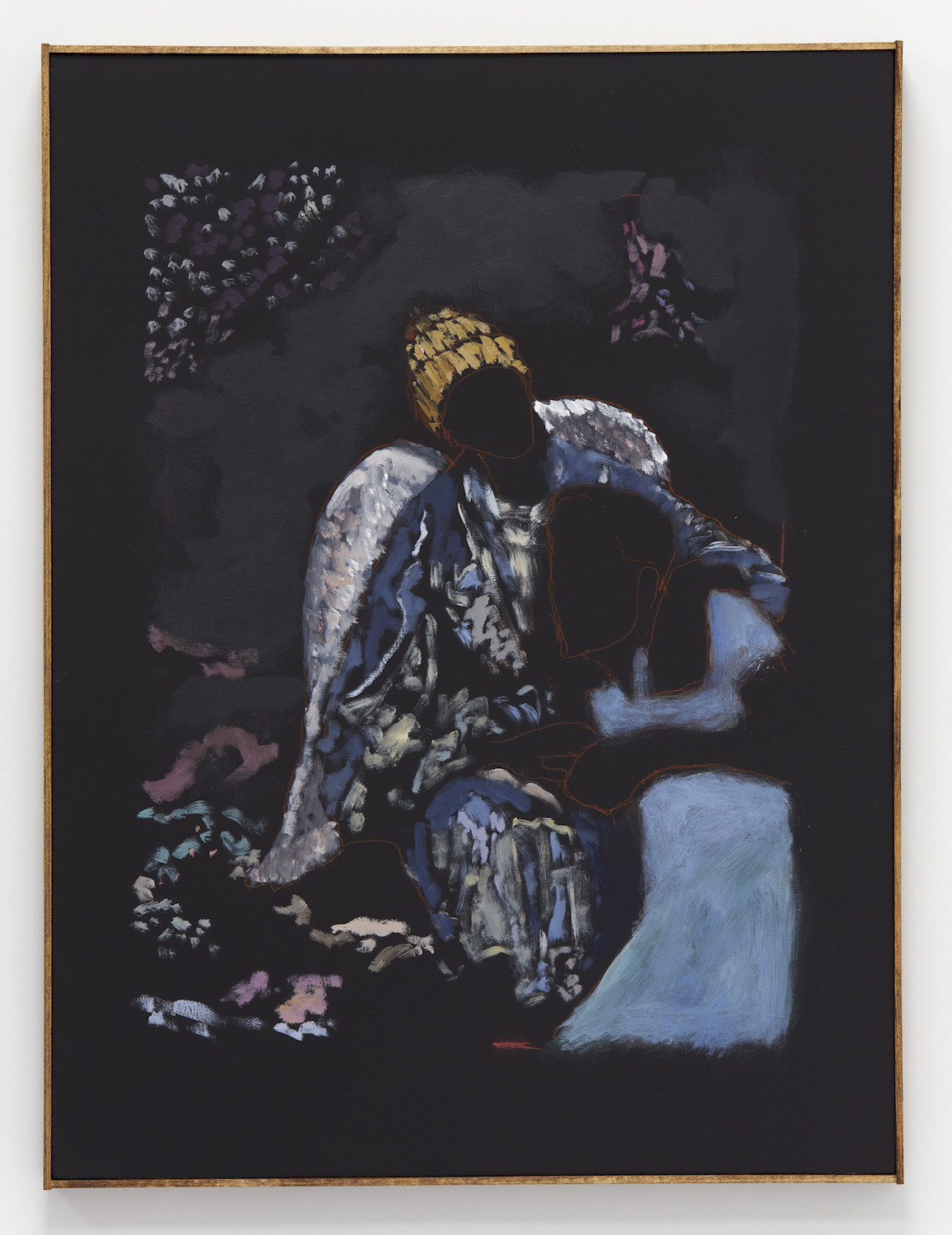