Southard Reid is proud to present Hello, Hello, Hello by Ann Craven, her second solo show with the gallery. Craven’s show sets up a series of echoes in painted and printed form, across time and exhibition histories, past and present.

Craven first painted an African grey parrot, the subject of the series of Hello, Hello, Hello paintings, in 2002, as a triptych. Its thrice copied form and reiterated greeting mimicked the habit of the parrot subject, and underscored a notion of a timeless cry of repeated greeting, incipient request for acknowledgment, emphatic enquiry, anyone-outthere assertion or wake-up call, in to infinity.

In 2009 during a six month residency at the FRAC Champagne-Ardennes, Reims that culminated in her exhibition Shadows Moons, Craven instigated the 16000 Mistakes project, where in the community building next door to the FRAC, local teenagers learned off-set screenprinting using Craven’s four iconic motifs – the Bird, Moon, Flower and Stripe. Craven collected all attempts, despite ‘mistakes’, accumulating a number around 16000. An ongoing project, first having been printed in black, Southard Reid’s Hello, Hello, Helloexhibition is the first showing of the Magenta Mistakes ; they entirely cover one of the long walls of the gallery, downstairs and upstairs, each a copy of one of the four motifs, each unique with its own accidents. Those not on the wall are exhibited in four stacks depending on their motif, on a pallet sent from the FRAC in Champagne, to which it and any further remaining prints – Craven invites visitors to take a Magenta Mistake each – will be returned at the end of the show, from where it can be exhibited/distributed again until they run out.

Hello, Hello, Hello as a triptych has been revisited, repeated, enlarged and shrunk for other shows, as is Craven’s practice. The 2002 original is currently on view at the Dairy Art Centre, London, supported by a large-scale wall painting made with bands of colour matched precisely to the Hellos palette, unfolding diagonally across the wall, in an interlocked continuum with and from the representational original. For Craven a counter-point and also integral element to the process of making work is the archival-like use of remaining paint when a work or series’ of works is completed, which she reconstitutes into painted Stripes or Bands of pure colour. Moving along canvases from right to left, Craven makes diagonal bands until all leftover paint is used up. The Stripes/Bands are therefore a recording, an echo in themselves of what has just passed. They are their own entity as a work or group of works’ but ever-tied to in the making of her paintings and containing that which they originated from – Craven refers to them as the paintings’ DNA.

In the summer of 2013 Craven returned to the Hello, Hello, Hellos, making a triptych and a four-part piece for the Southard Reid show, the latter work containing the addition of a Stripe of the same scale, conjoined with the three parrots. She preserved the paint used to make the new Hello works in a series of thirteenStripe paintings from which in turn the Dairy wall painting was matched.

Craven’s adoption of seriality melded with her diaristic approach has for many years been illustrated in the ongoing series’ of moons, as a subject its ever-present ever-changing identity providing a constant focal point from which to explore the passing of time in paint. Southard Reid’s Hello, Hello, Hello exhibition contains a set of six moons painted from life (as are all her 14 x 14 inch moons), during summer in Maine, at the same time as the 2013 Hello, Hello, Hellos and a pair of enlarged Moons in Magenta, a nod to the accompanying Mistakes. Painted simultaneously, one Magenta Moon is a mirrored version of the original other. The Sun Flower painting in the show, also painted as a pair, is exhibited solo – it will be echoed by its sister painting in Craven’s forthcoming solo show at Maccarone, NYC, opening November 8. 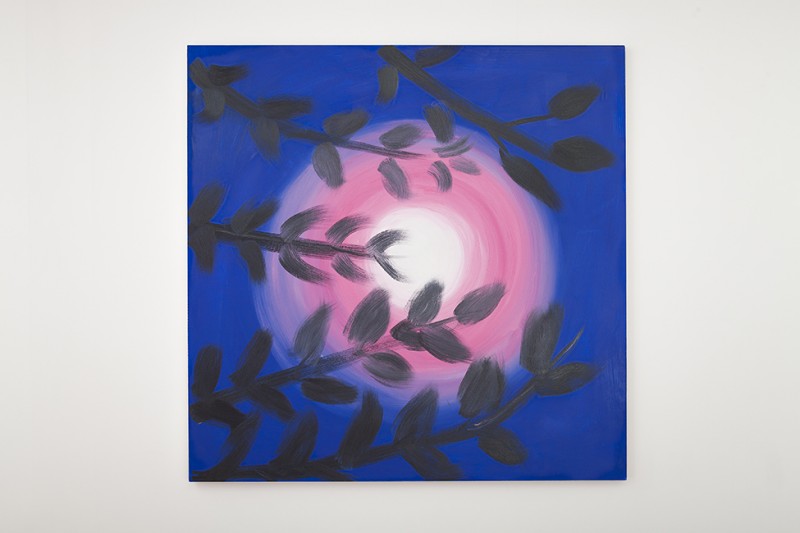 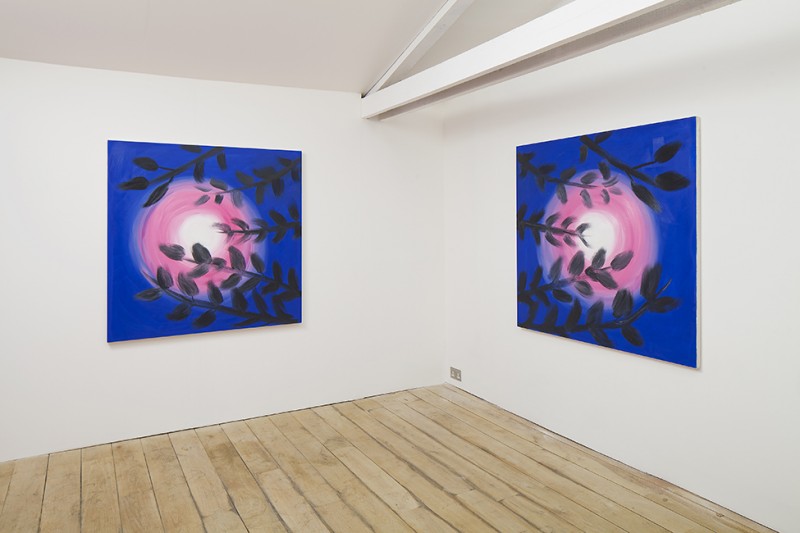 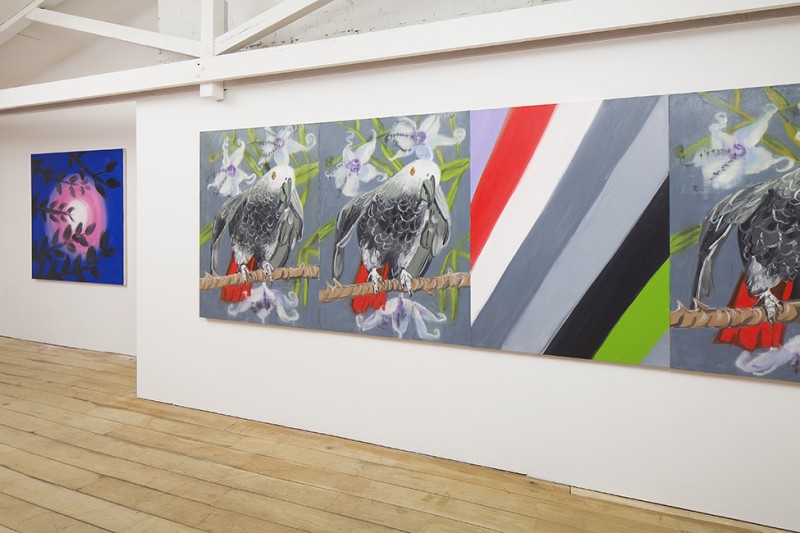 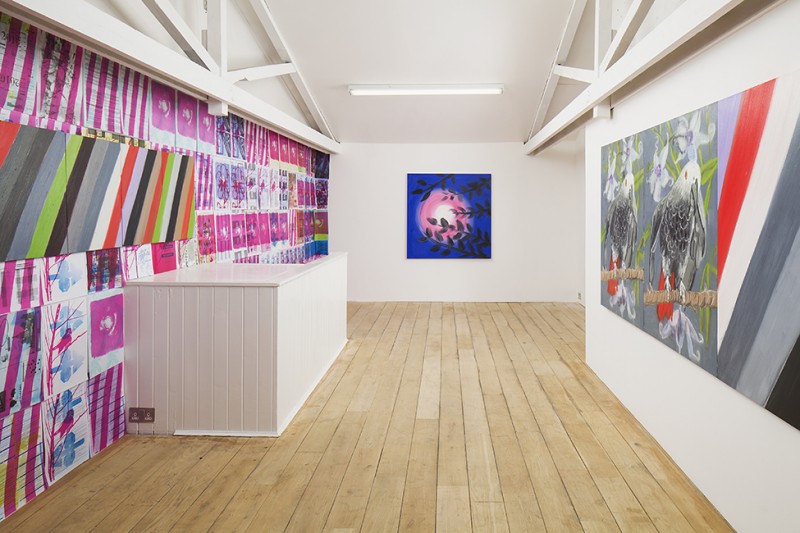 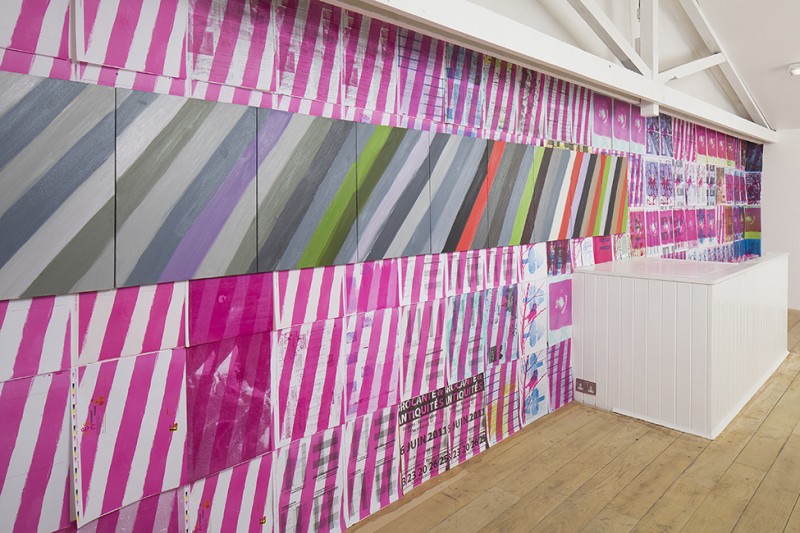 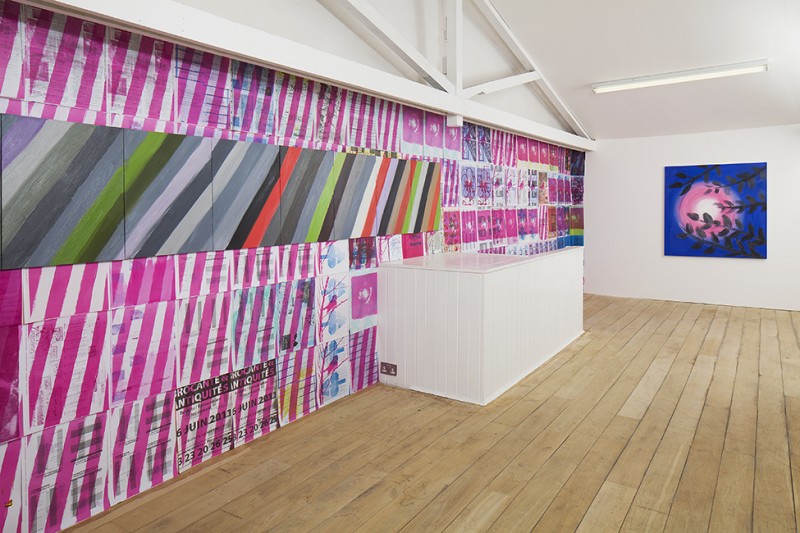 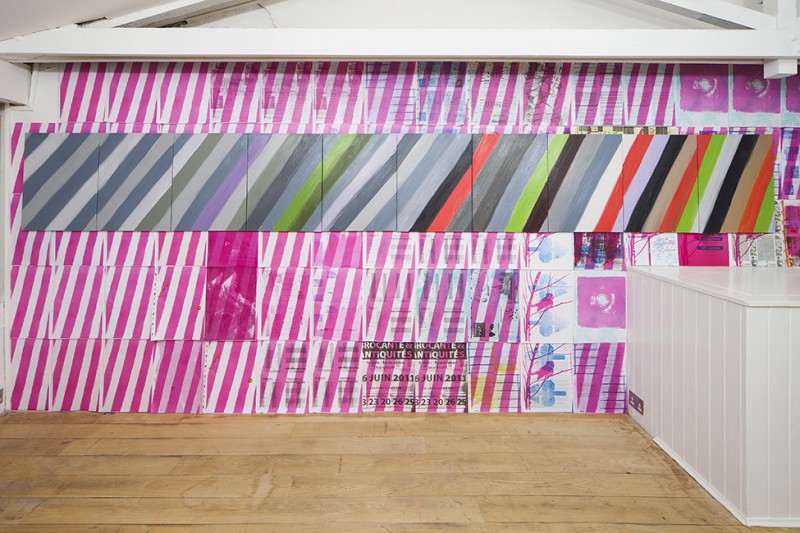 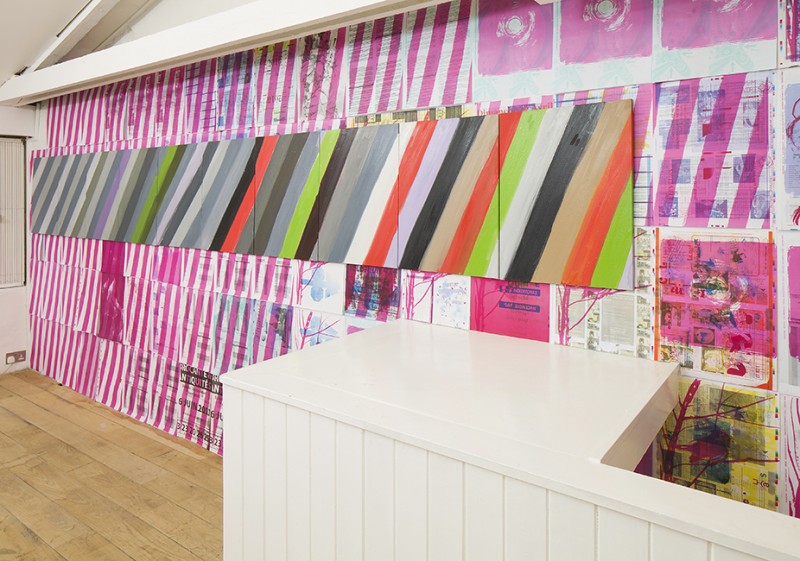 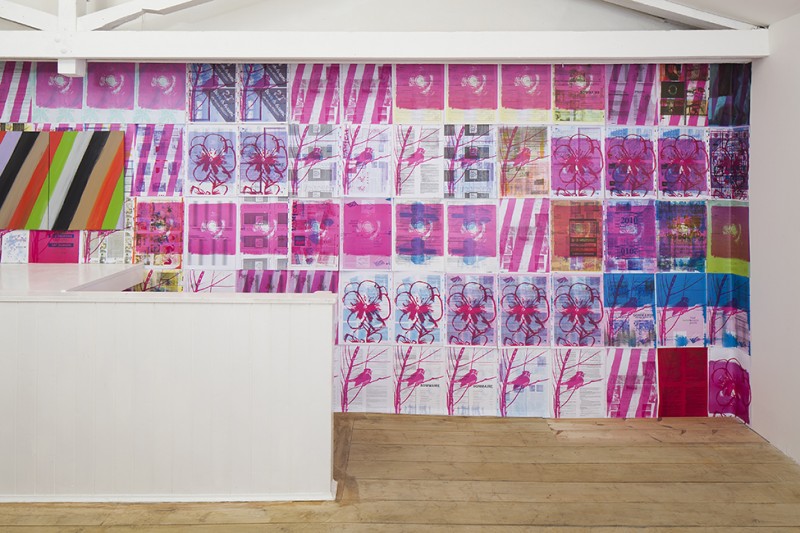 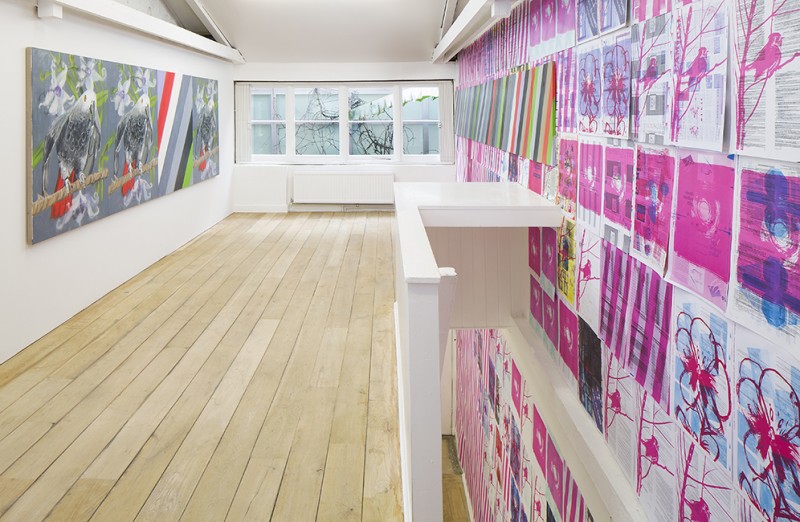 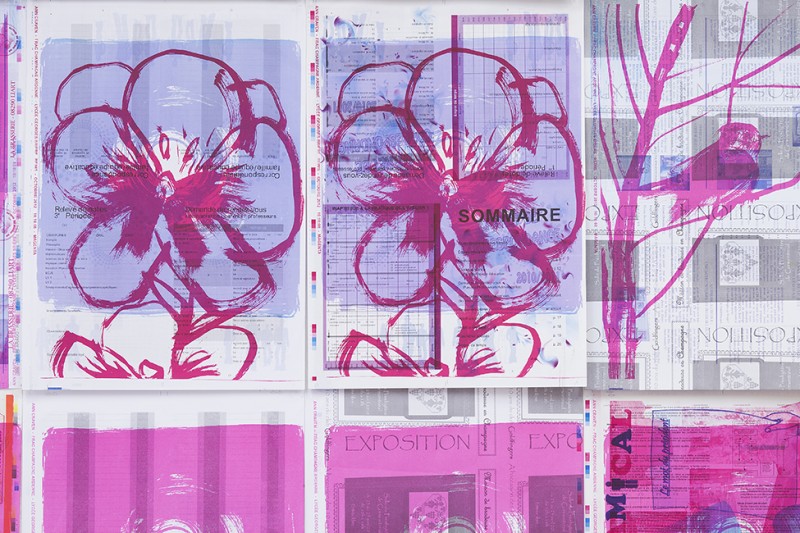 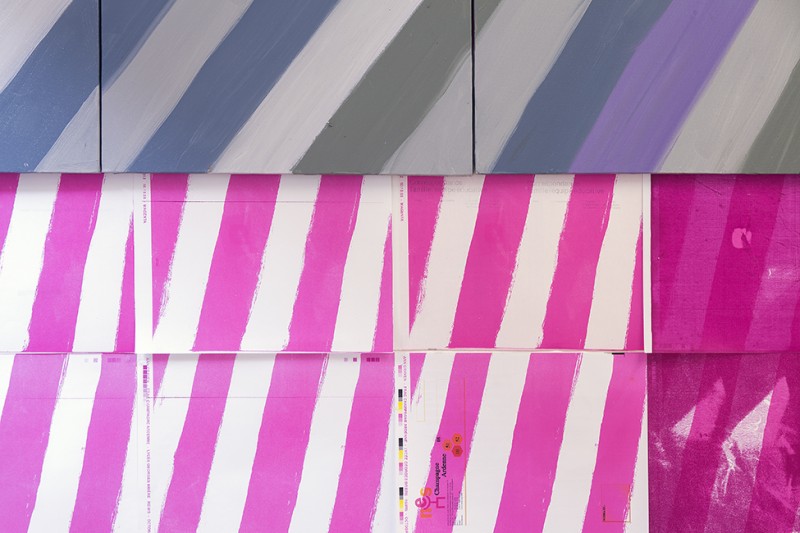 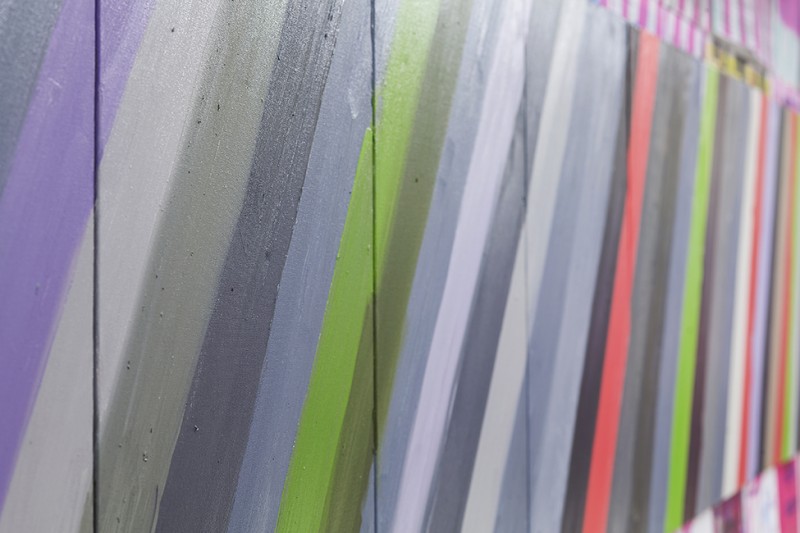 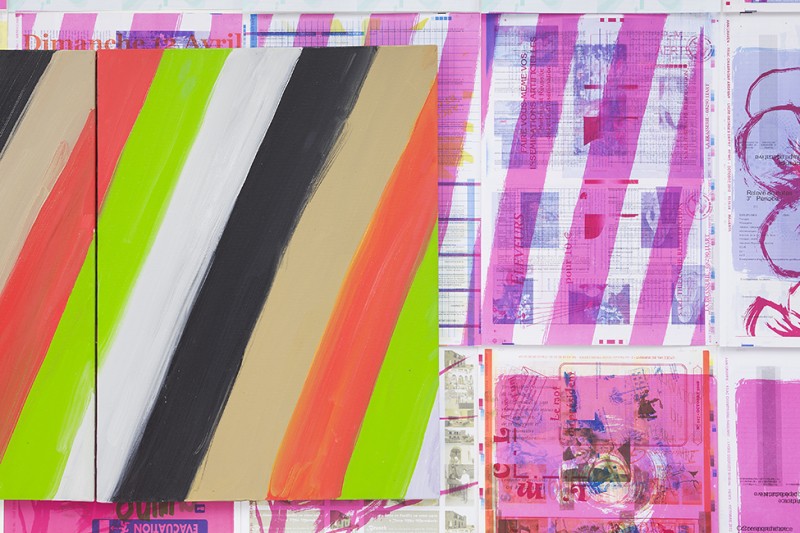 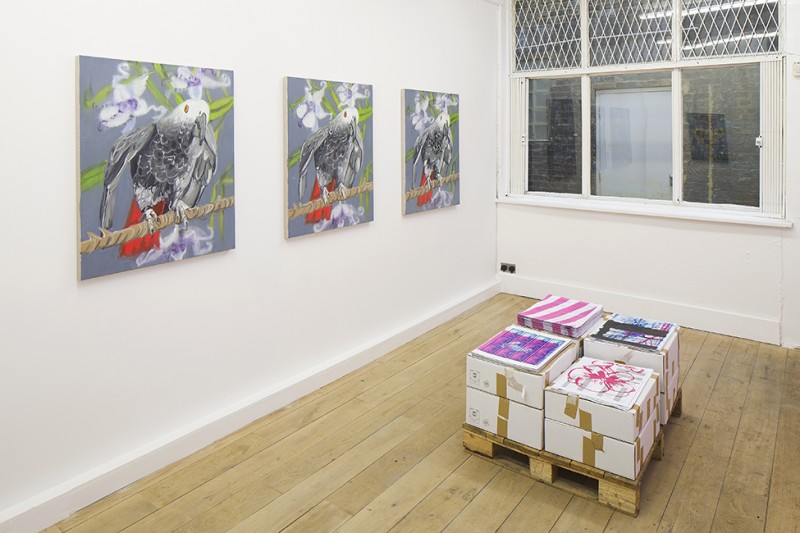 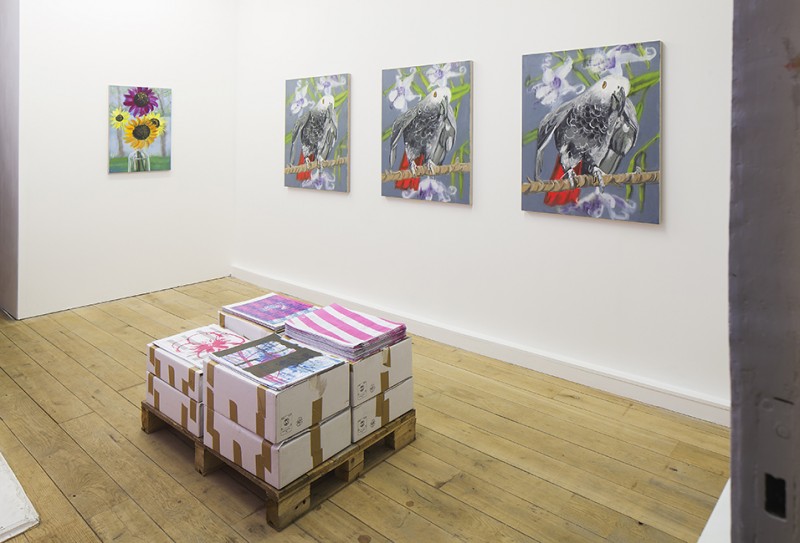 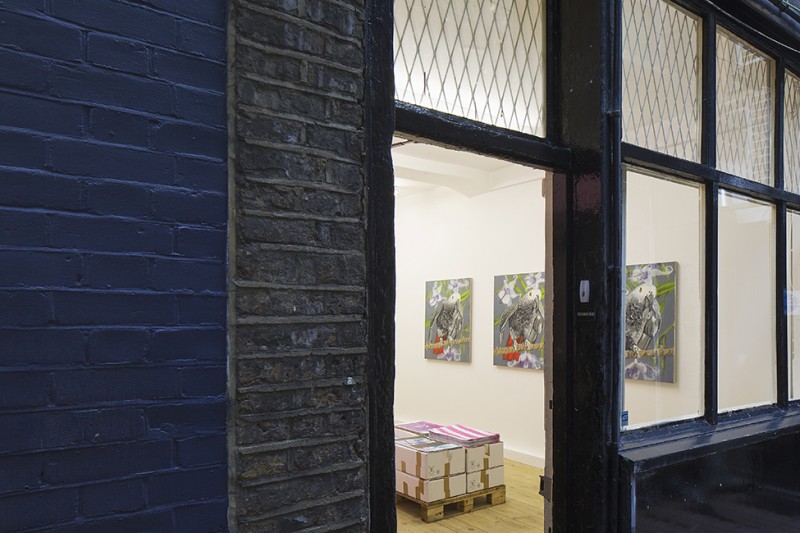 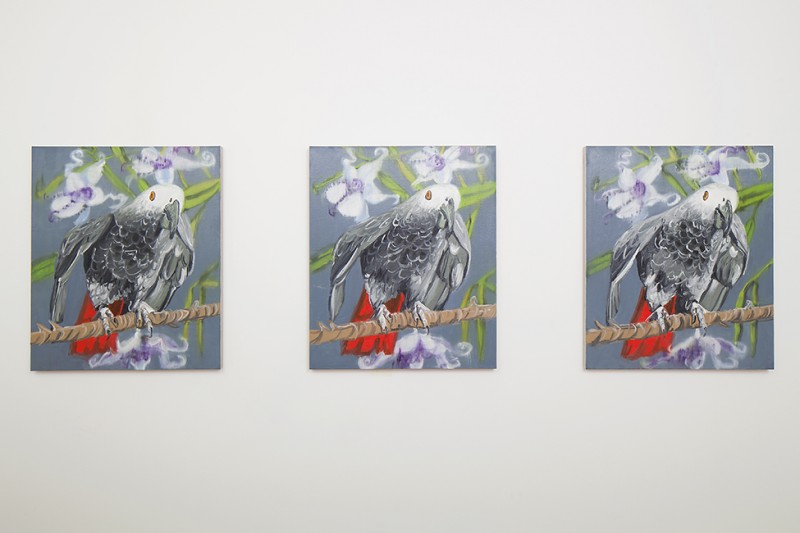 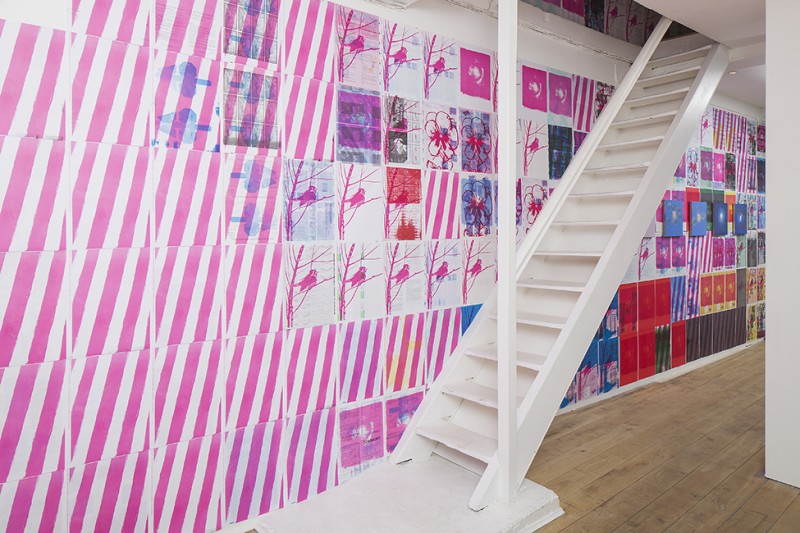 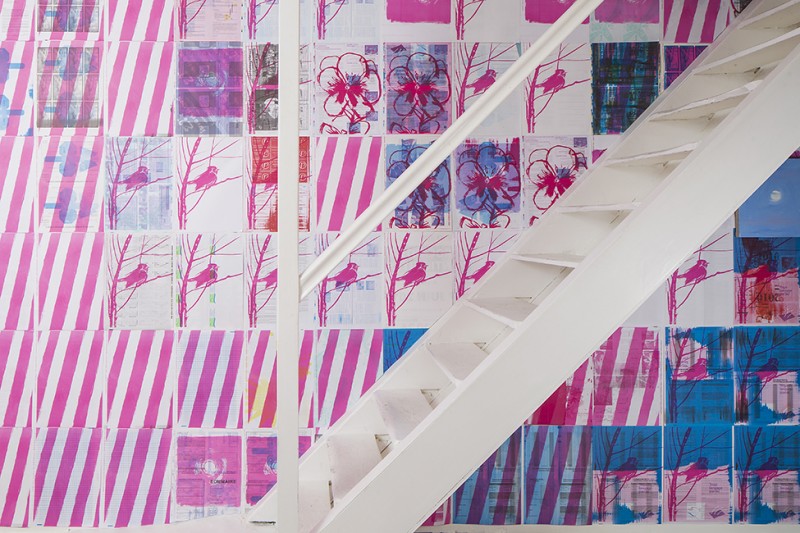 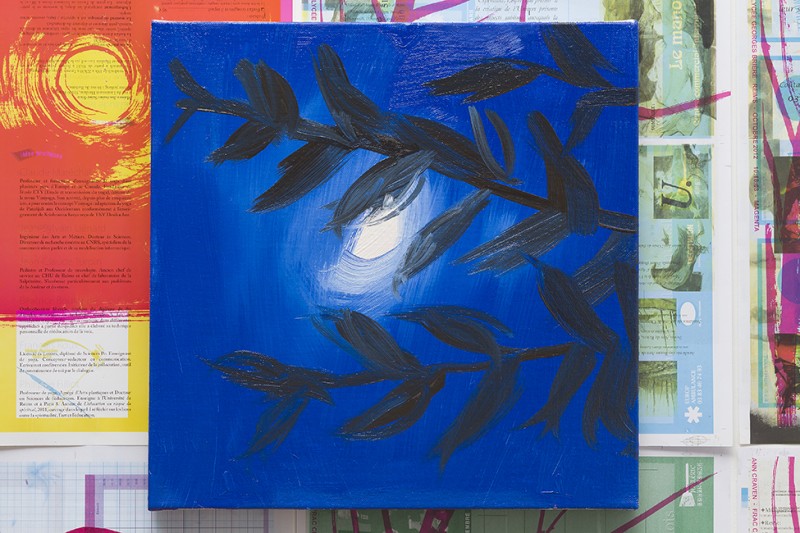 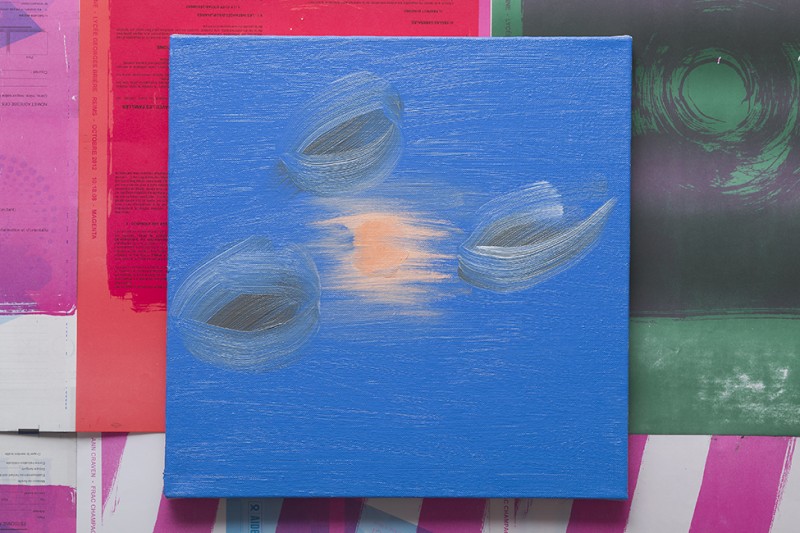 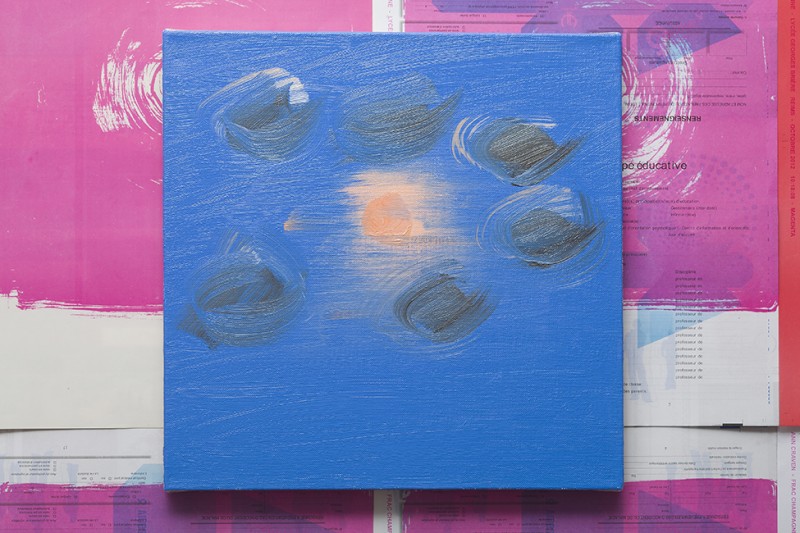 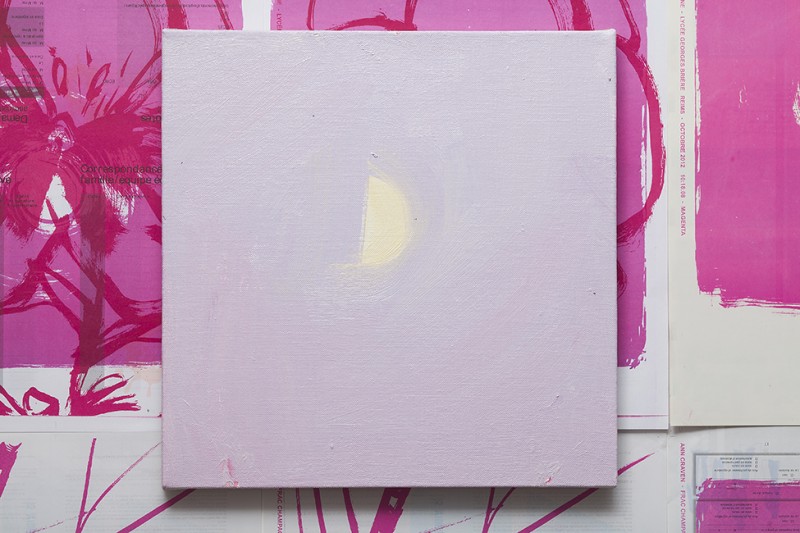 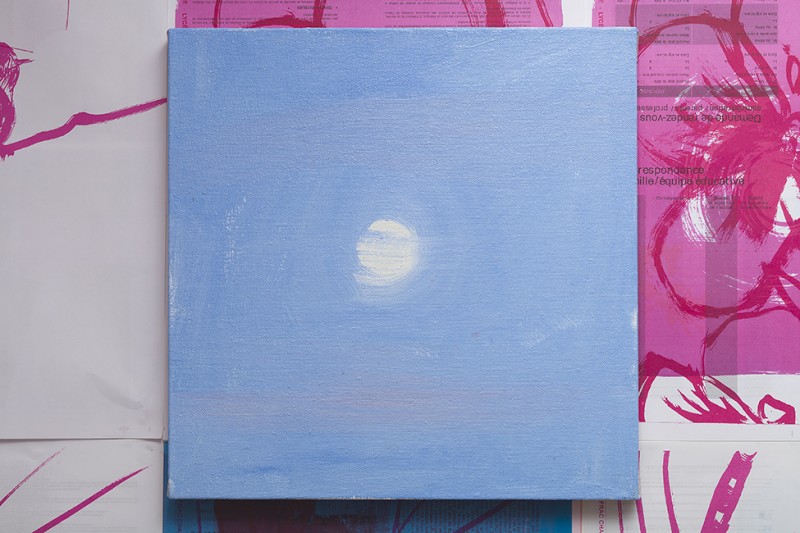 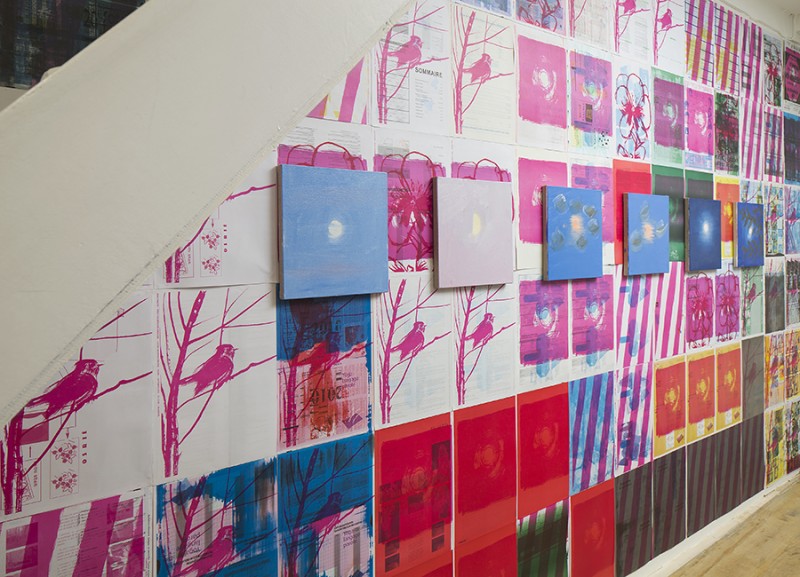 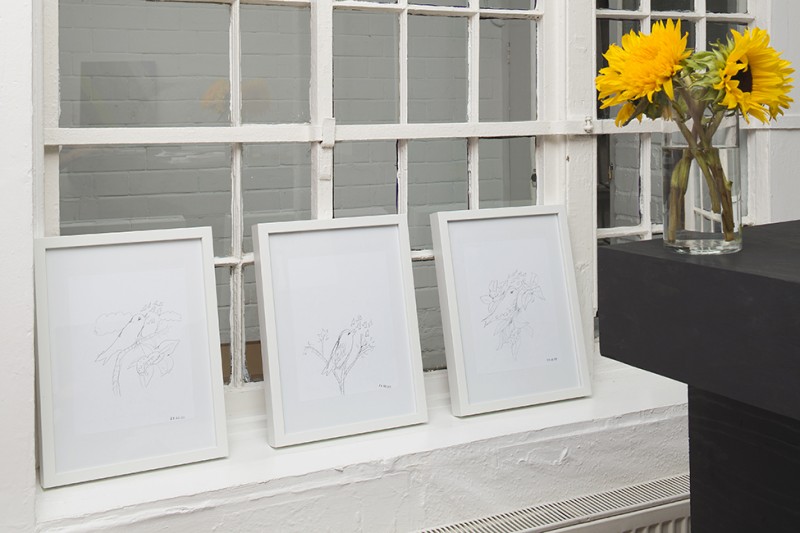