Ann Craven is a painter based in New York City. The portrait and moon paintings record specific coordinates that the artist occupies at a given moment. They reflect back on the artist’s life, like a sky map. The painting Portrait of Amy (8-20-12), 2012 was painted in Cushing Maine on August 20, 2012. Craven’s oil paintings of the moon and portraits began in 1990’s as a way to explore variations on a theme or prolongation of “subject” or “subject matter” from an observation starting point.

In 2015, Craven began exhibiting her extensive series of Untitled (Palettes) – created from 1999 to present – in which she has been mixing color directly onto light-duty pre-stretched canvases. The palette at Parapet Real Humans titled Untitled (Robin, 2-21-11), 2011 was used to mix the colors for A Robin Singing, 2011.

Guided by minimalist tendencies, Craven’s Stripe Paintings contain the unused colors from her palettes. The simple gesture of striping or painting her unconscious color mixtures records the process as a “notation” or “transcription of logged time” like a tape recorder. This stripe painting titled Stripe (Portrait of a Robin, 2-23-11), 2011 was made from the unused color from the palette after painting A Robin Singing, 2011.

Craven sees no differentiation from the four canvases in this exhibition – a portrait, a bird, a stripe or a palette and treats them as the same entity, thus taking the hierarchy out of “subject” – placing more emphasis on the unbridled process of “form”.

To be sure, Craven uses subject matter such as birds, birds, flowers and the moons in her multiple wet on wet paintings. Meanwhile, she neutralizes her storybook content through continual variations and repetitions, thus removing any sense of preciousness in the work whilst shifting the conversation about her work into a theoretical frame that considers the body as a whole, rather than its individual parts. By reworking, re-presenting and returning to the same stock subject matter, Craven engages questions of authenticity, collection, consumption and skill, thus examining the durability of a painted icon in a world that consumes mass imagery at record speeds. 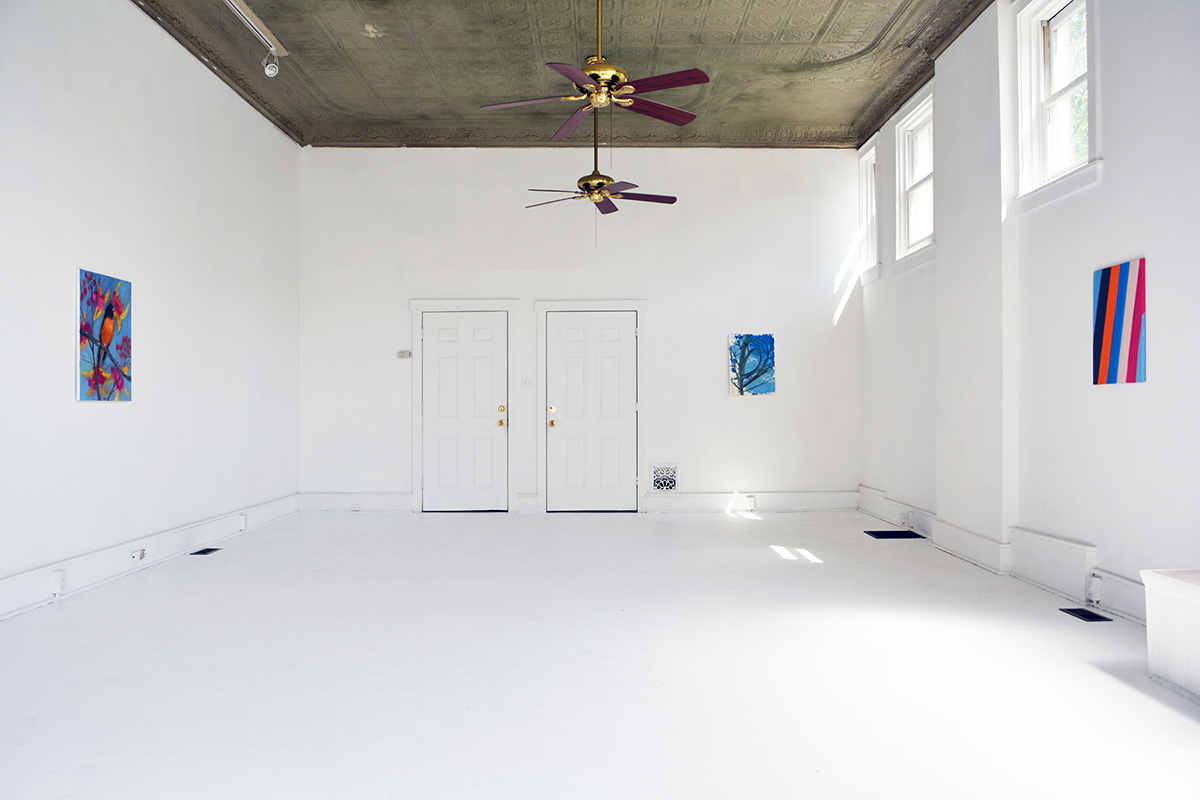 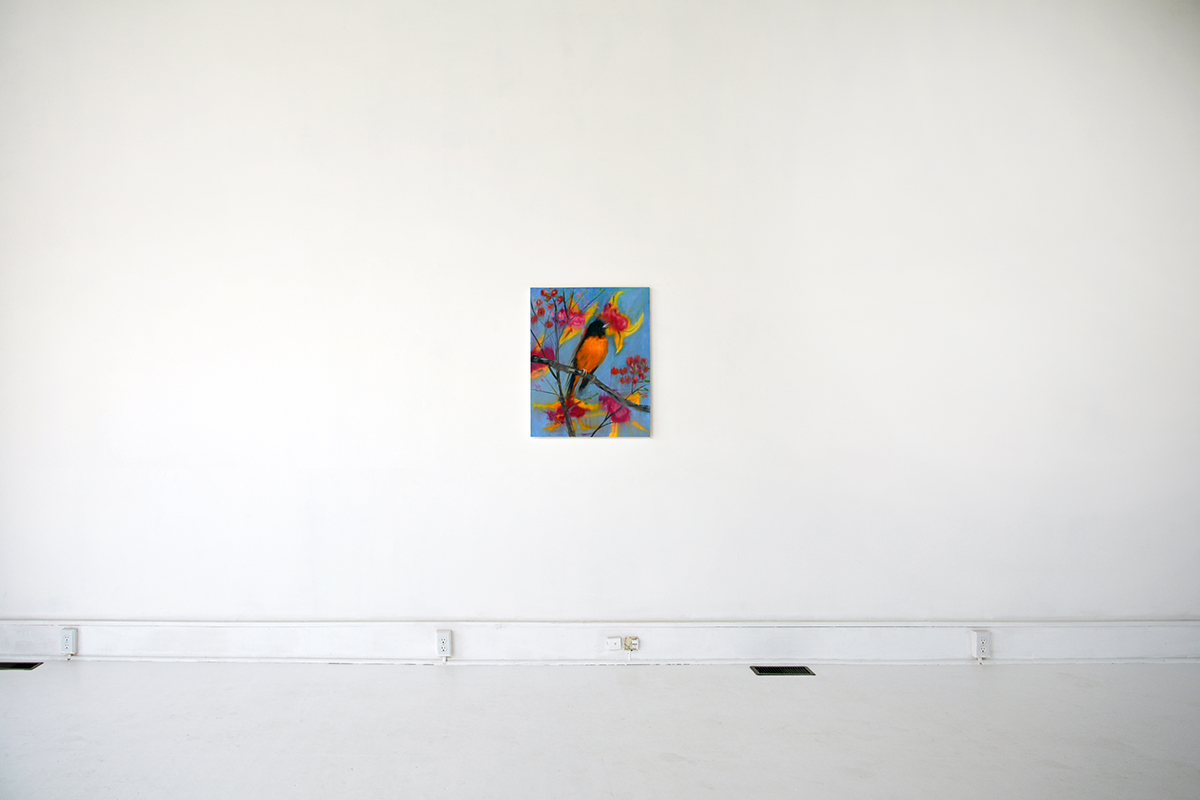 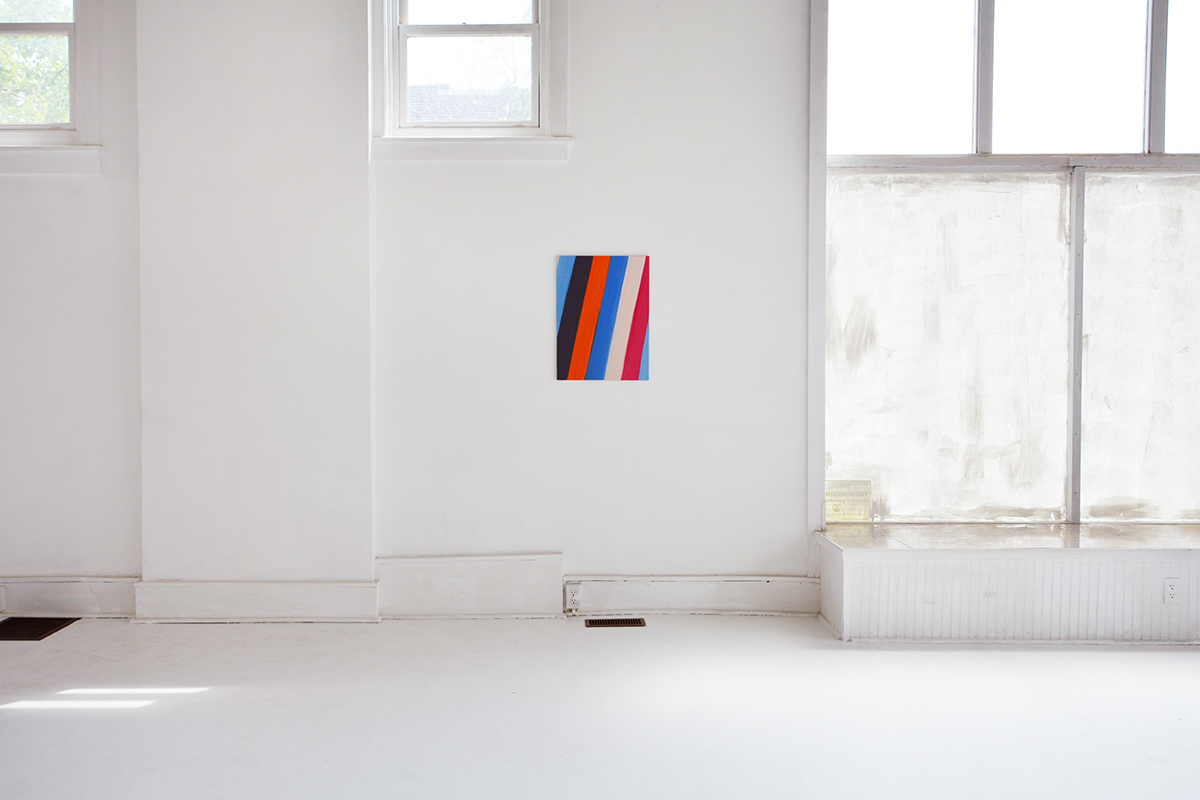 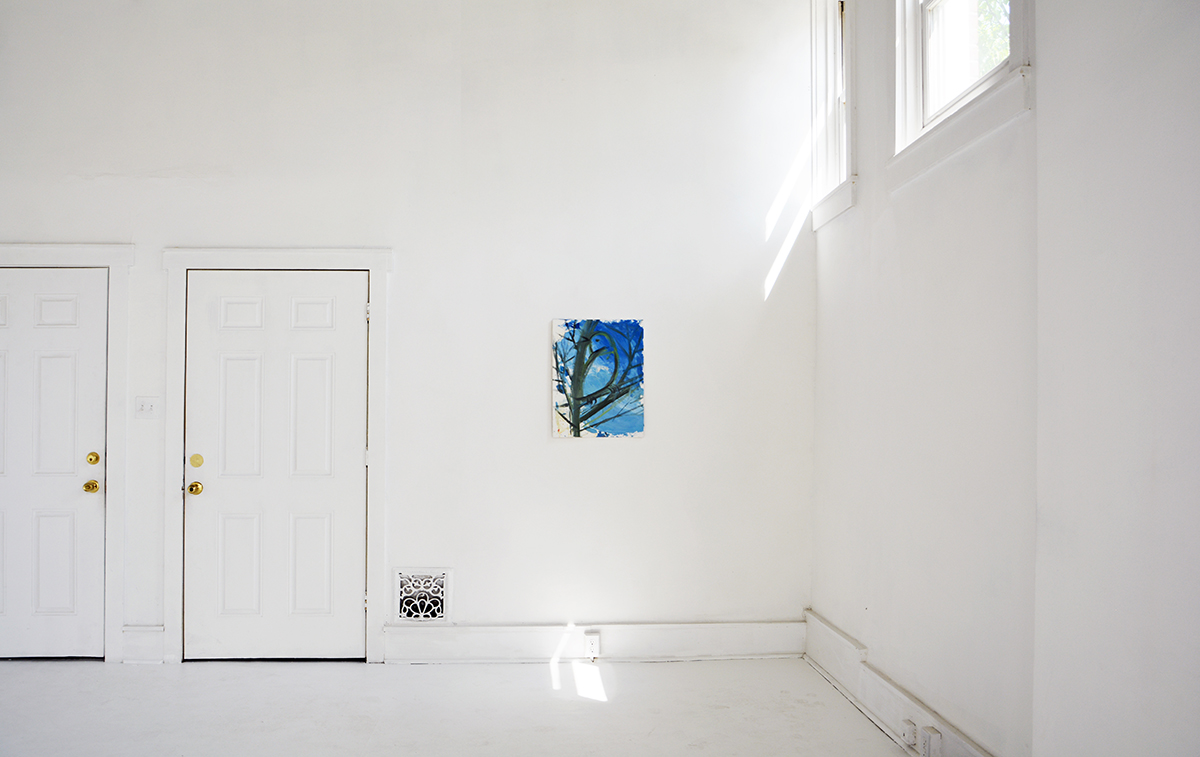 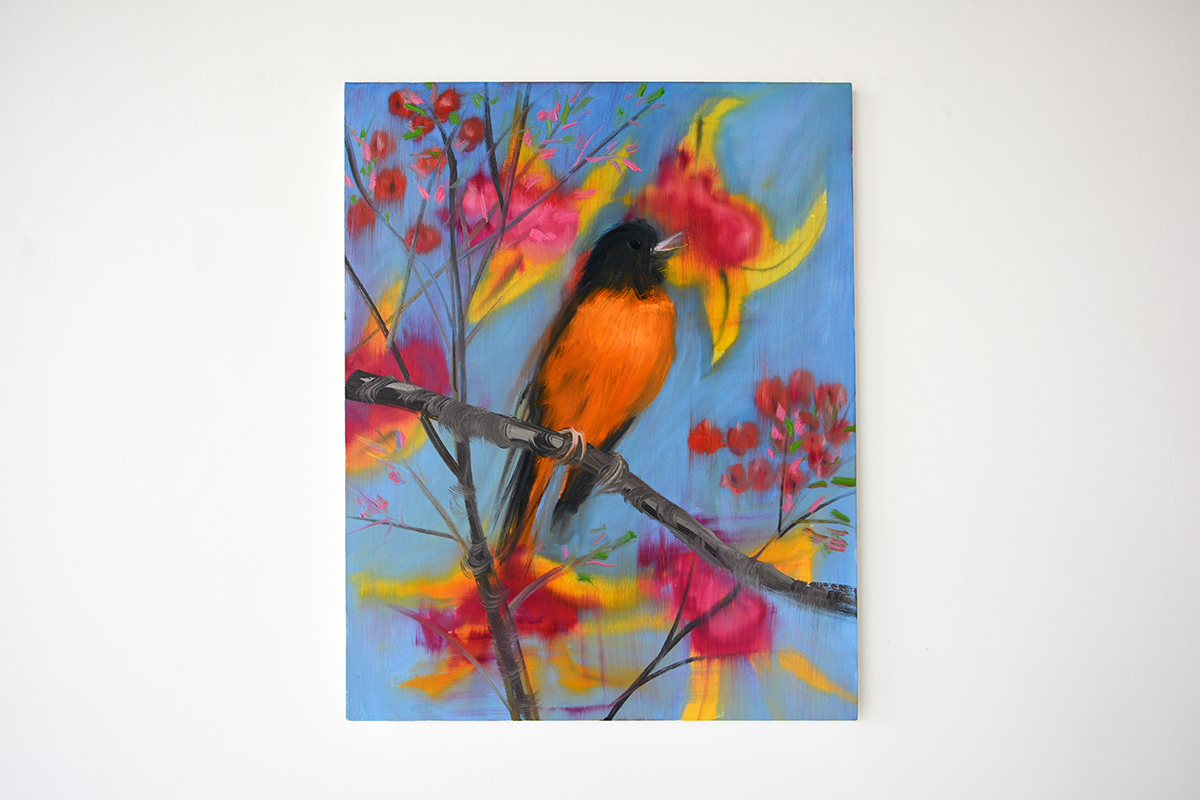 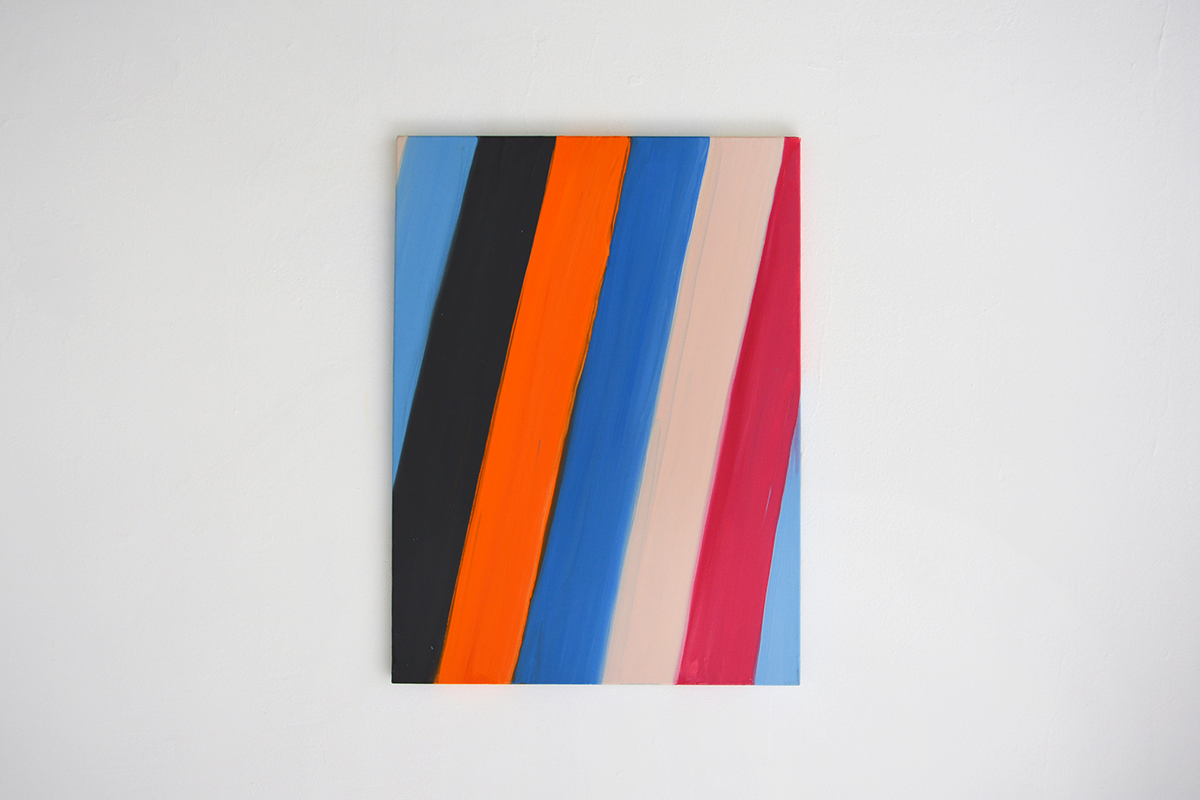 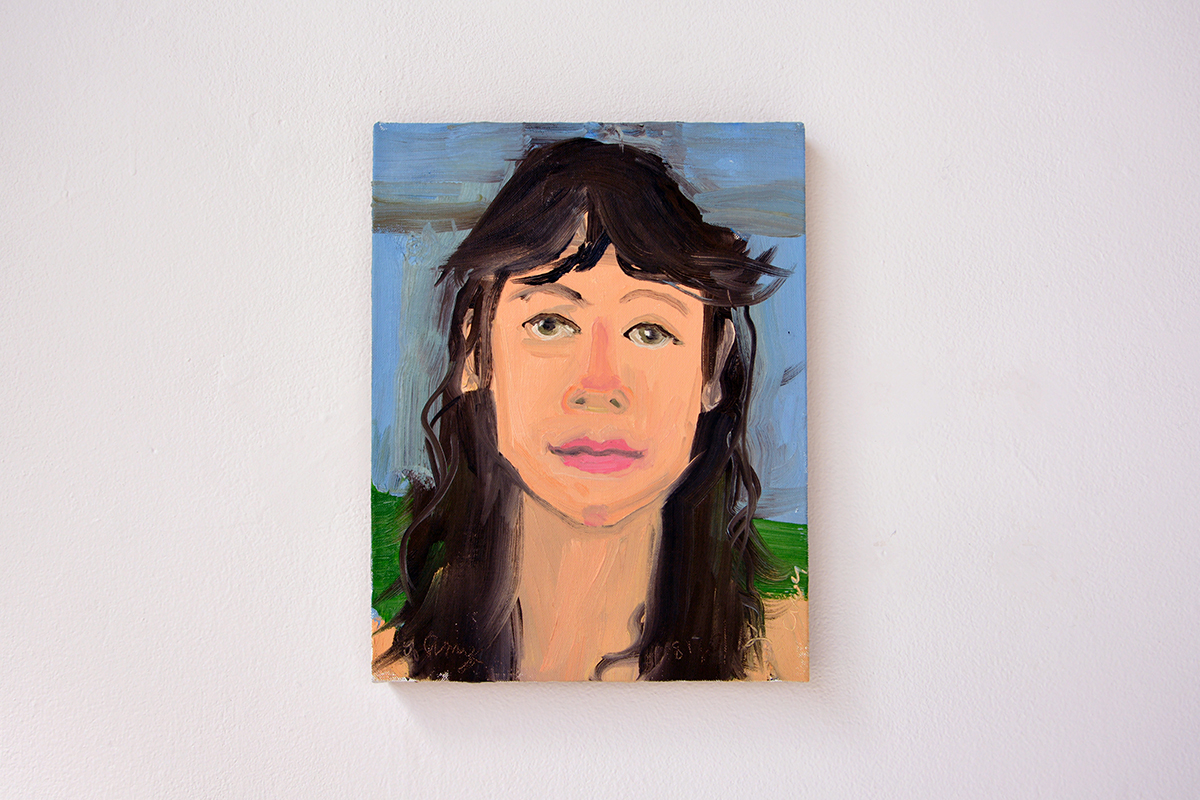