Animals 1999 – 2017 is the first show devoted to Ann Craven’s Animal subjects. It features oil paintings of Deer, Cats (or Kittens), Pandas and Birds – Craven’s Icons that she has painted, along with the Moon and Flowers, since the outset of her practice.

The works derive from Craven’s extensive photo archive of treasured pets, her thousands of accumulated printouts of screenshots, scans from animal magazines, cinema, you-tube, the web. She is drawn to these animals for personally emotional as well as universal association. The 1973 American sci-fi thriller film Soylent Green proved to be a profound influence on Craven as a child, from the perspective of a nature guardian and devotee. Her animals – although sweet and kind – represent powerful strength. In Craven’s paintings of Animals, humans’ ability to destroy nature fails – she feels that nature will always win in the end.

Craven’s painting Young Buck (The Life Of The Fawn), Facing Left and Facing Right, 2005, 84×120 inches, depicts two Young Deer, mirrored in this case. Craven’s detail in the title “The Life of the Fawn” refers to Gustave Courbet’s 1859 painting “The Death of the Stag”, here asserting a life – not – death discussion, with nature’s ability to survive.

Craven’s Animals have their own iconic status in traditional and popular culture. They appear at once historical and are strongly present in contemporary media. These iconic images are sometimes considered cute or beautiful, and can be infantilized by “girlish” appeal. Meanwhile, acknowledging their given status and association with adorability and handsomeness, Craven’s paintings of a Deer, a Cat, a Panda or a Bird connects with and seeks to explore the genuine meaning of both power and defenselessness.

Craven’s Animals are not harmful or threatening, they all have an association with freedom, wildness and vulnerability.

Deer, Cats and Pandas are usually depicted alone, their gaze directed outside the painting. They meet a human eye with the poignancy of their unarmed status, which at the same time contains a higher knowledge of the ascendancy of Nature, its timelessness if protected, and thus the threat and senselessness of human cruelty.

Birds similarly symbolize freedom, whilst also the desire to tame. In Craven’s practice they are stand-ins for human situations and feelings. She has referred to them as costumed actors in a play or opera, appearing in recurring compositions, on branches in various communicative stances, with Flower “wallpaper” backdrops – the human aspect of the scenarios is reflected also in their recurring series’ titles “Hello, Hello, Hello”, “I’m Sorry”, “So Sorry”, “I Promise”, to name a few.

The exhibition also includes a Stripe painting – the most recent work in the show – Triptych (Pink Canary Stepping Out, Lavender, Stripe, 3-13-17 – 3-14-17), 2017. The stripes in Cravens paintings are literally the unused colour from her palettes of the subject just painted. The simple gesture of placing stripes of colour mixtures documents her painting process as a notation, or transcription of logged time, like a tape recorder – “the lining up, or Striping of the colour allows me to see the raw process unfiltered by association of what I just painted.”

This work closes the show, a reminder of cycles, ends as beginnings, and the conceptual underpinning of Craven’s pursuit, synthesized with exploration of image and emotional response. 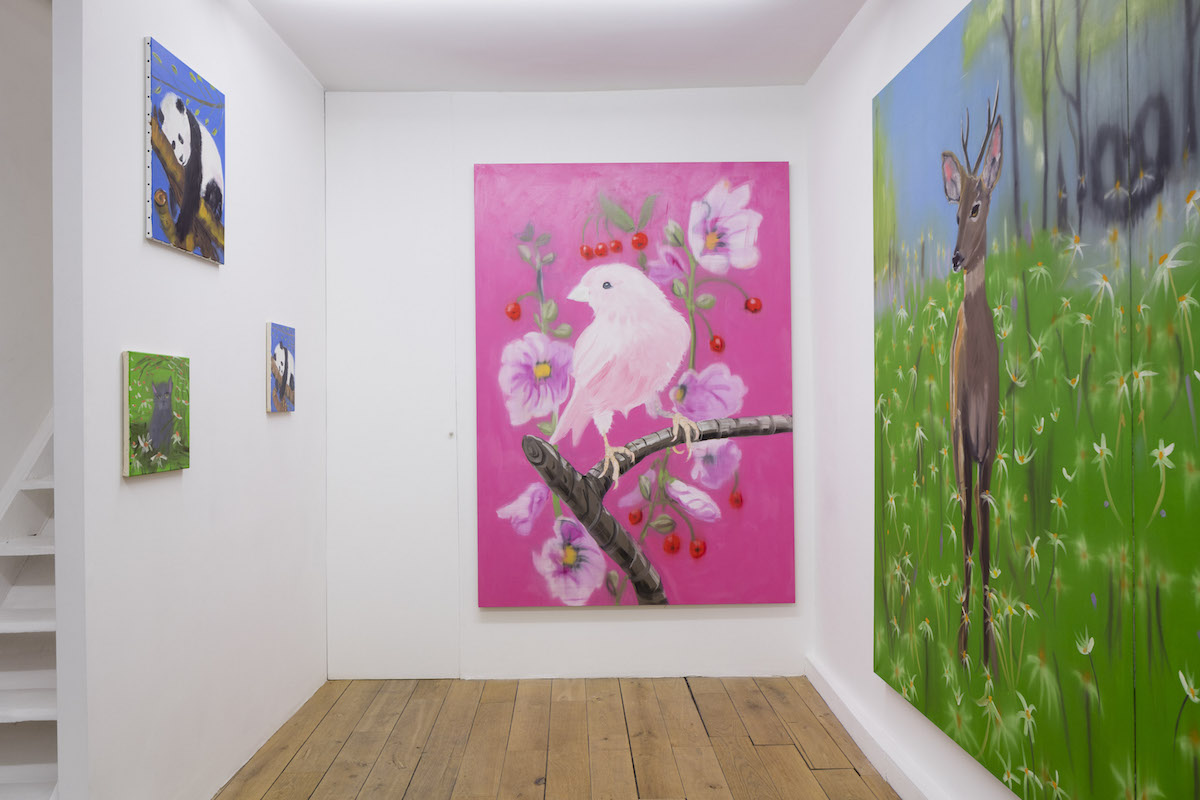 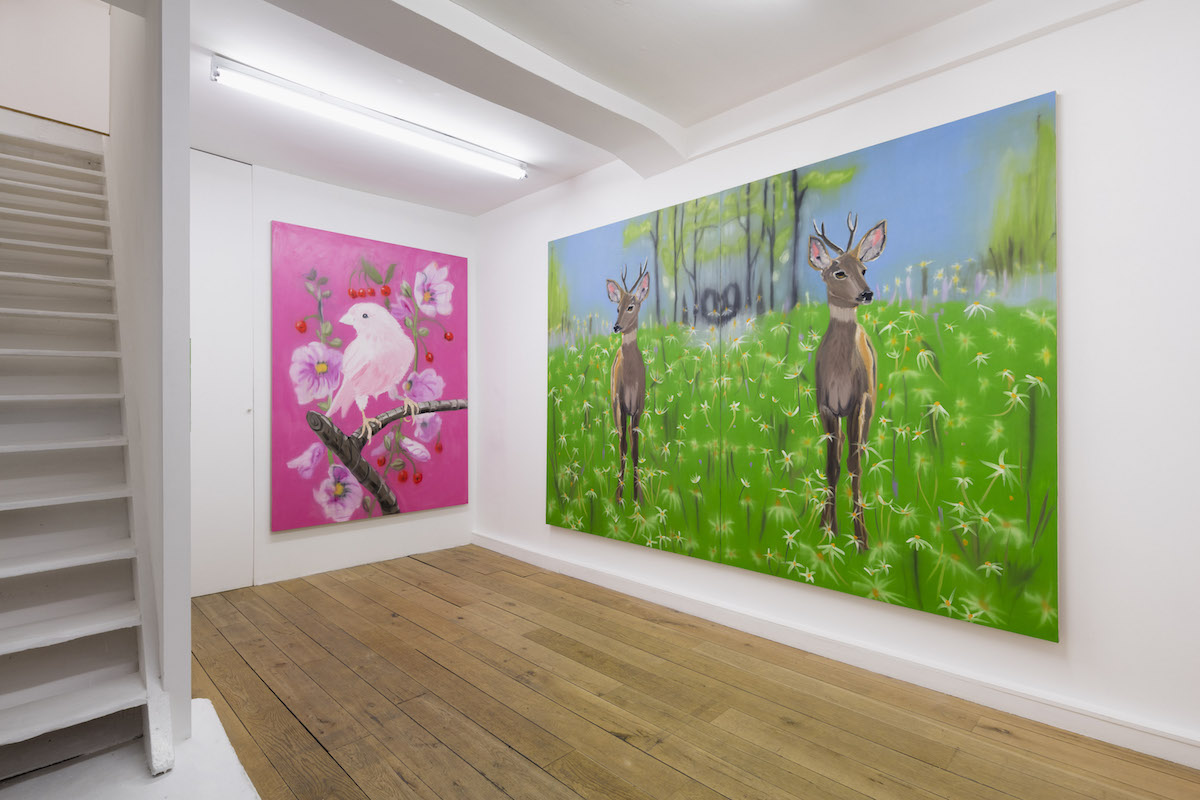 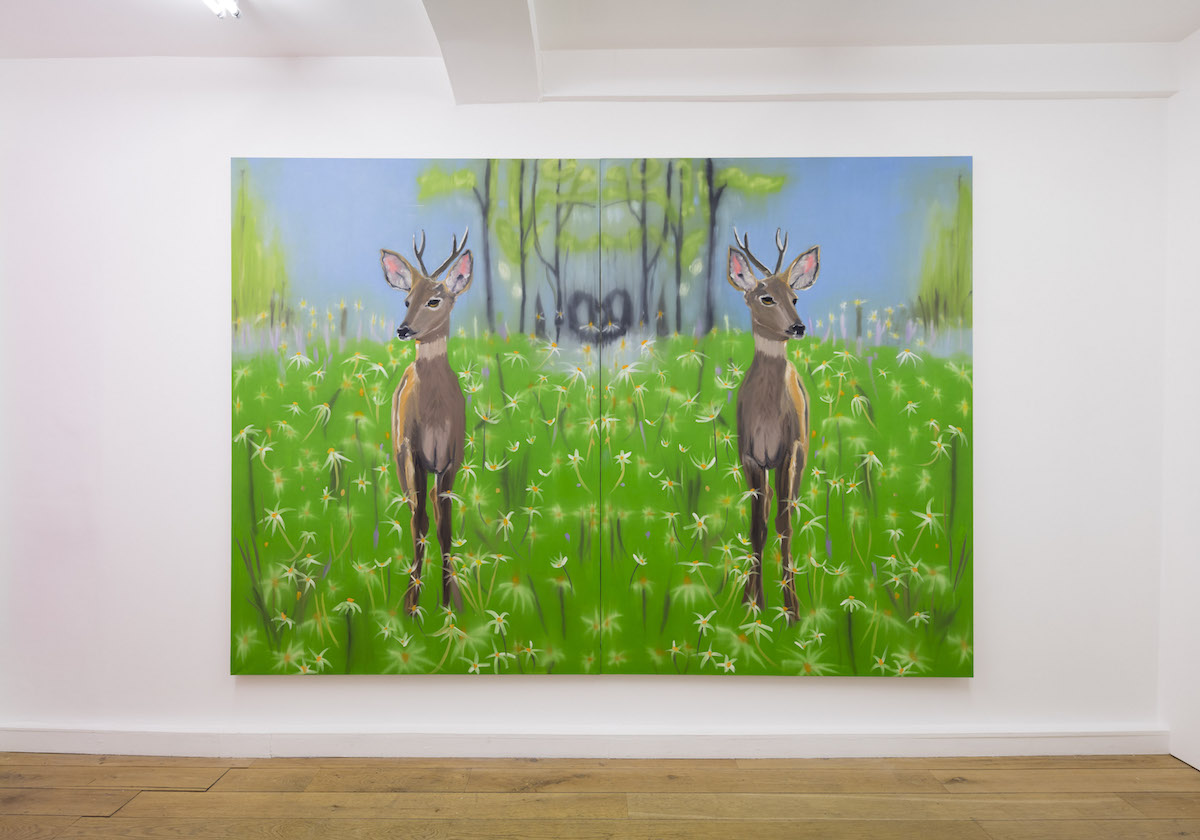 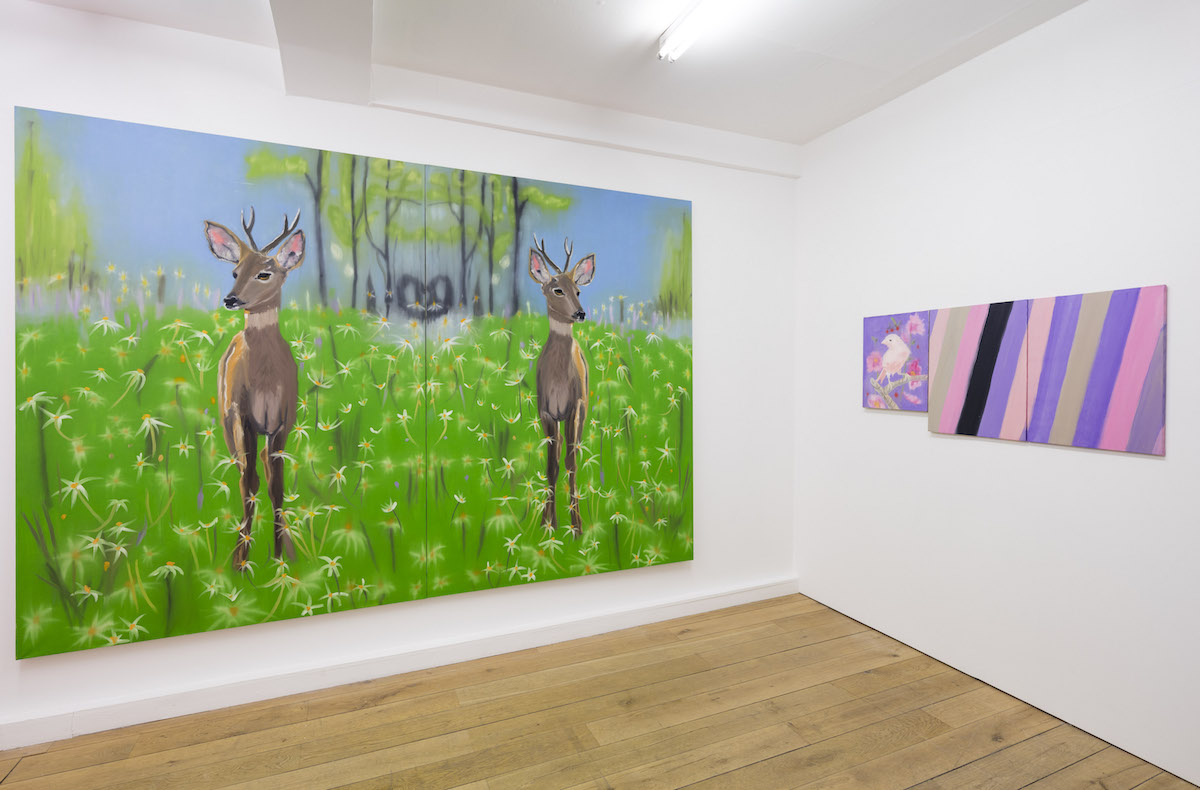 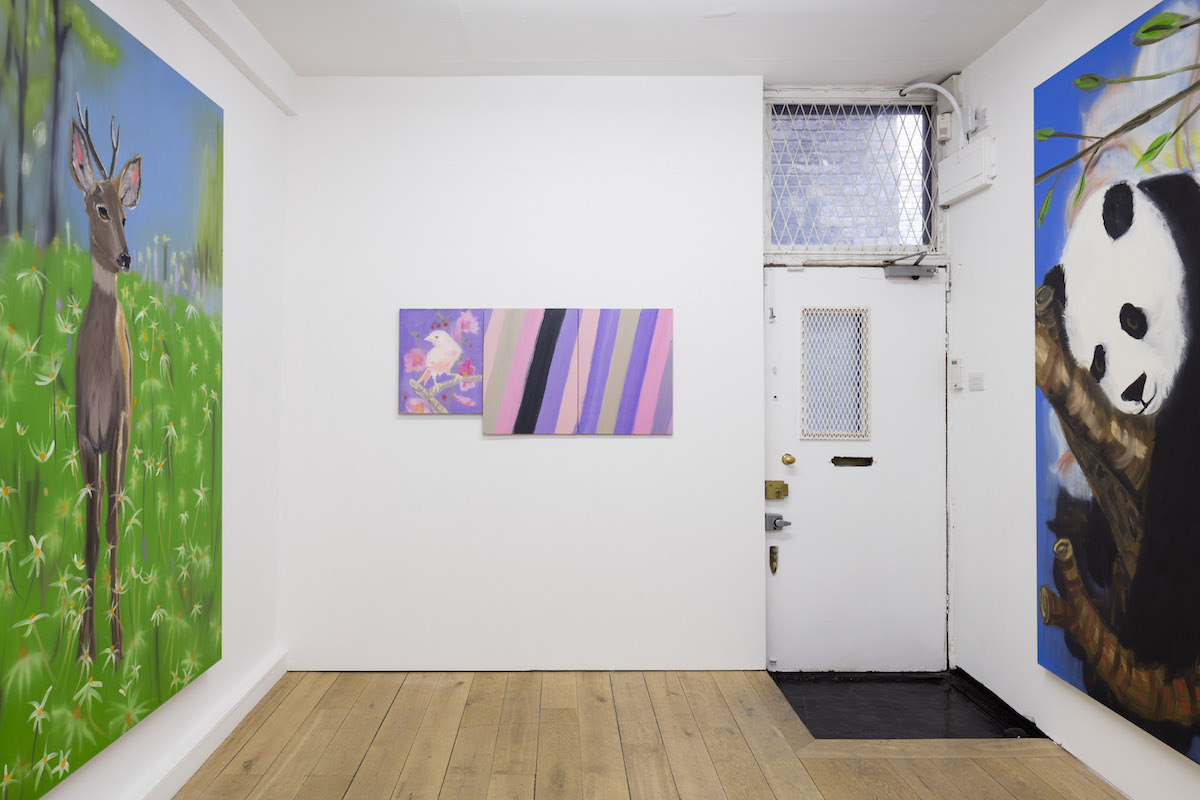 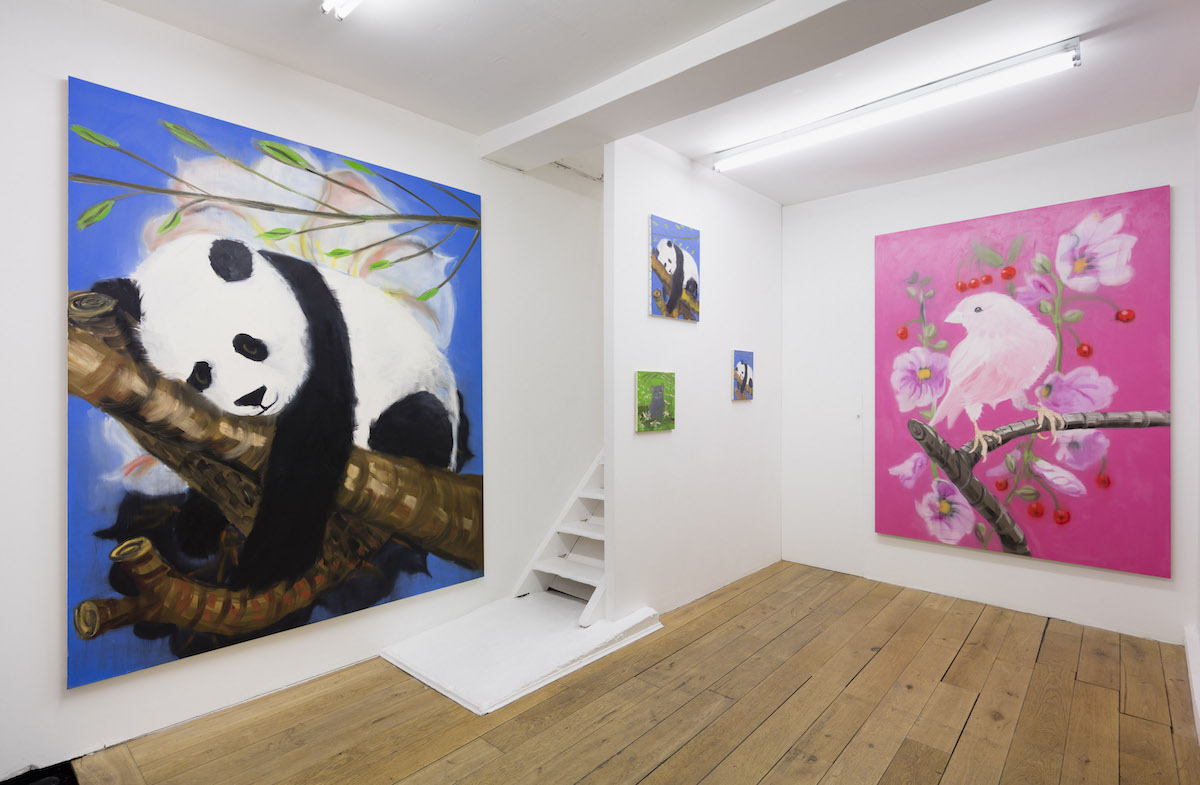 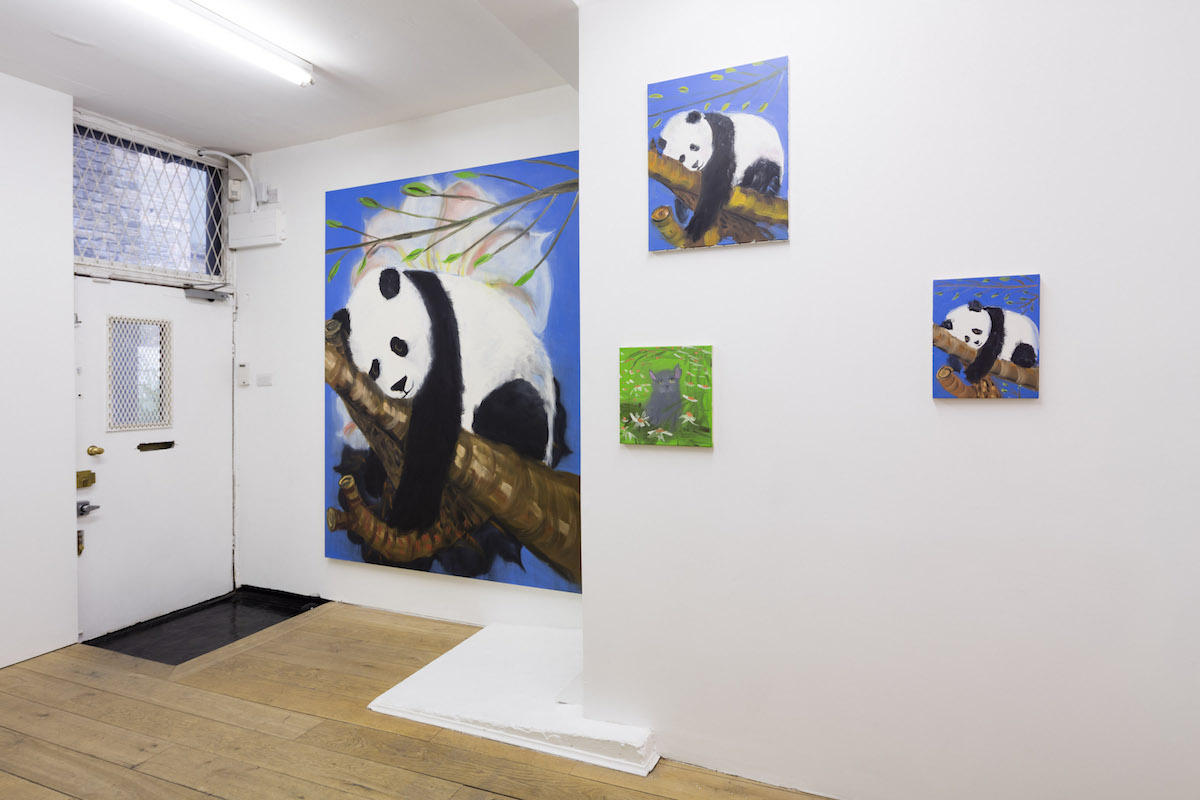 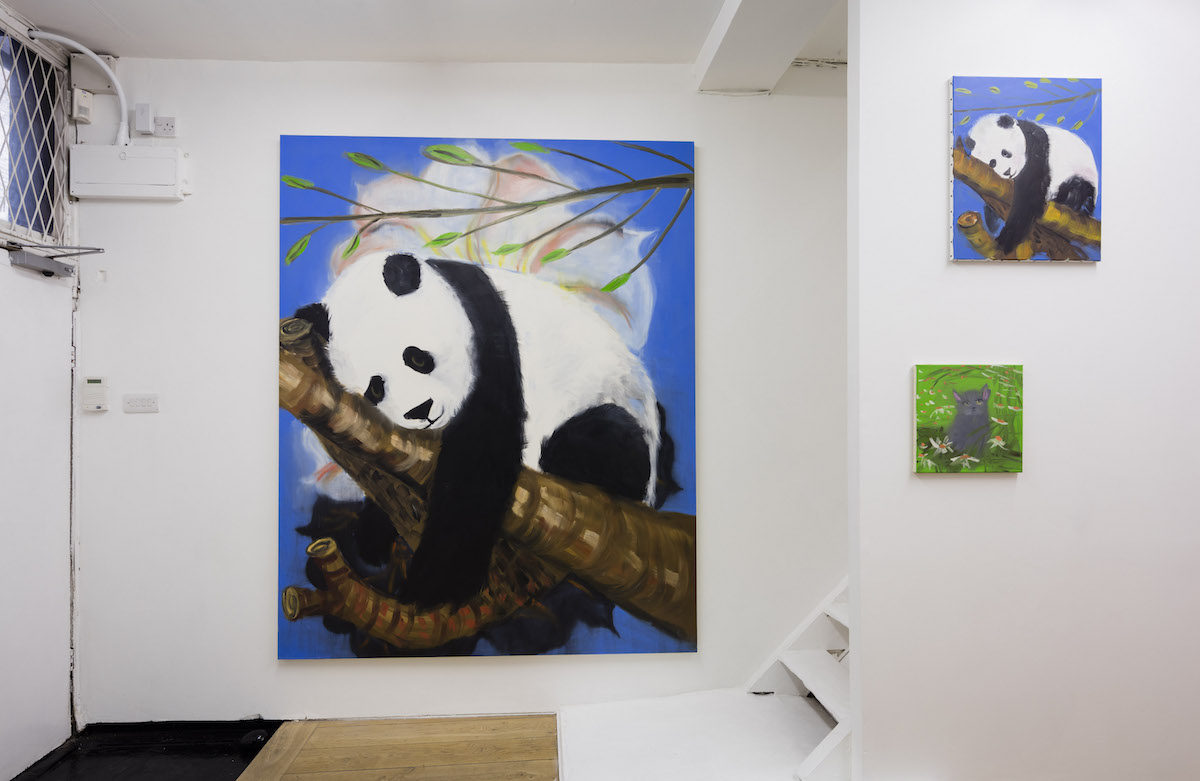 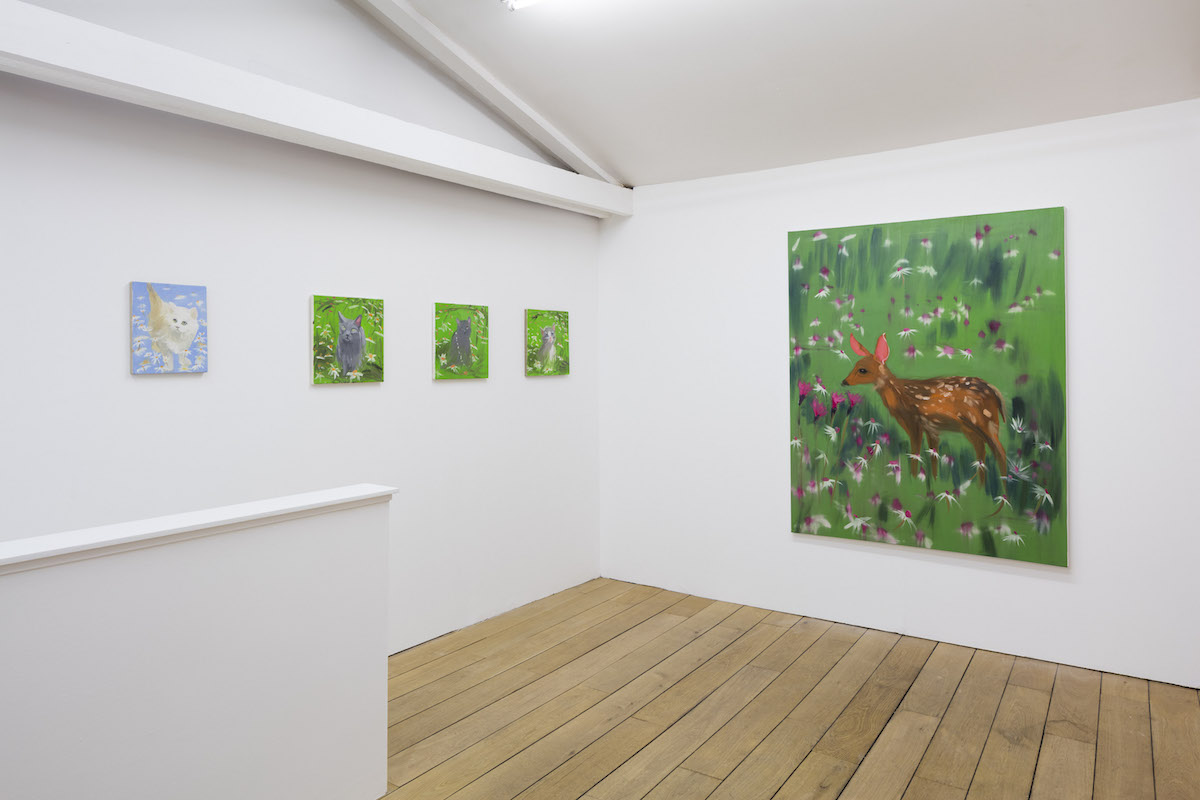 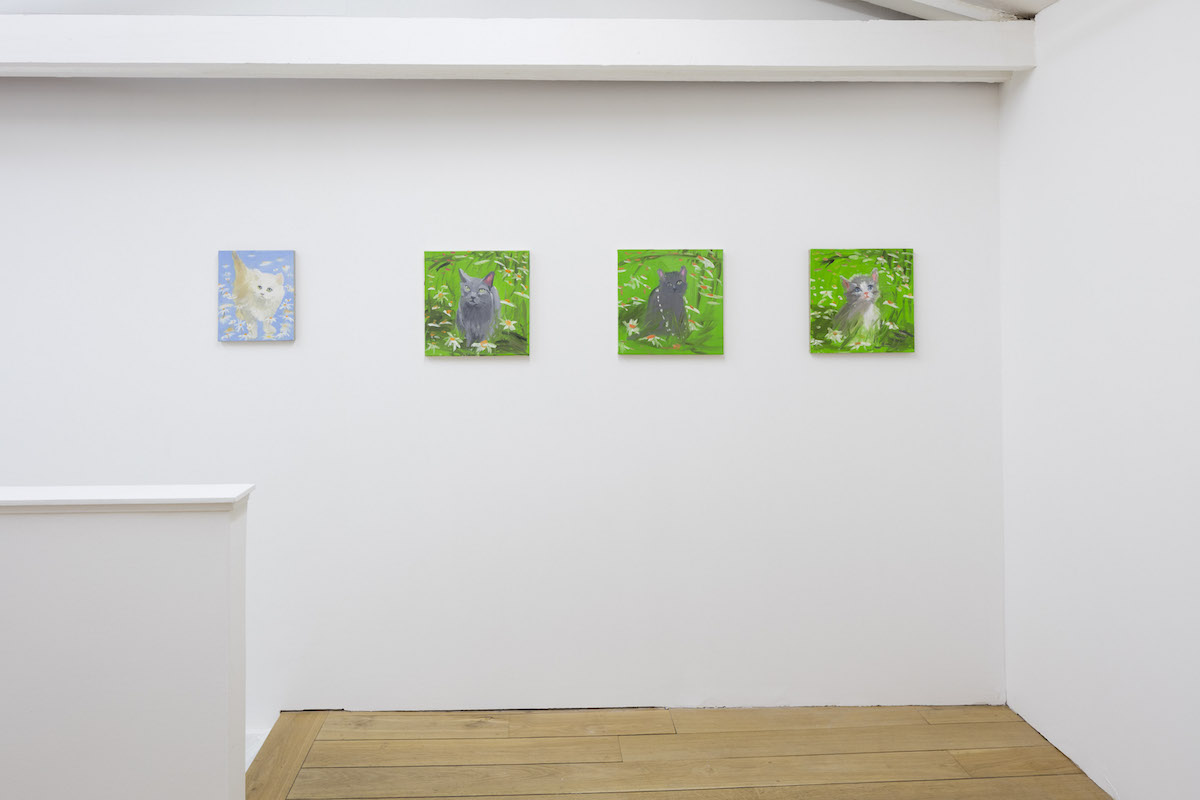 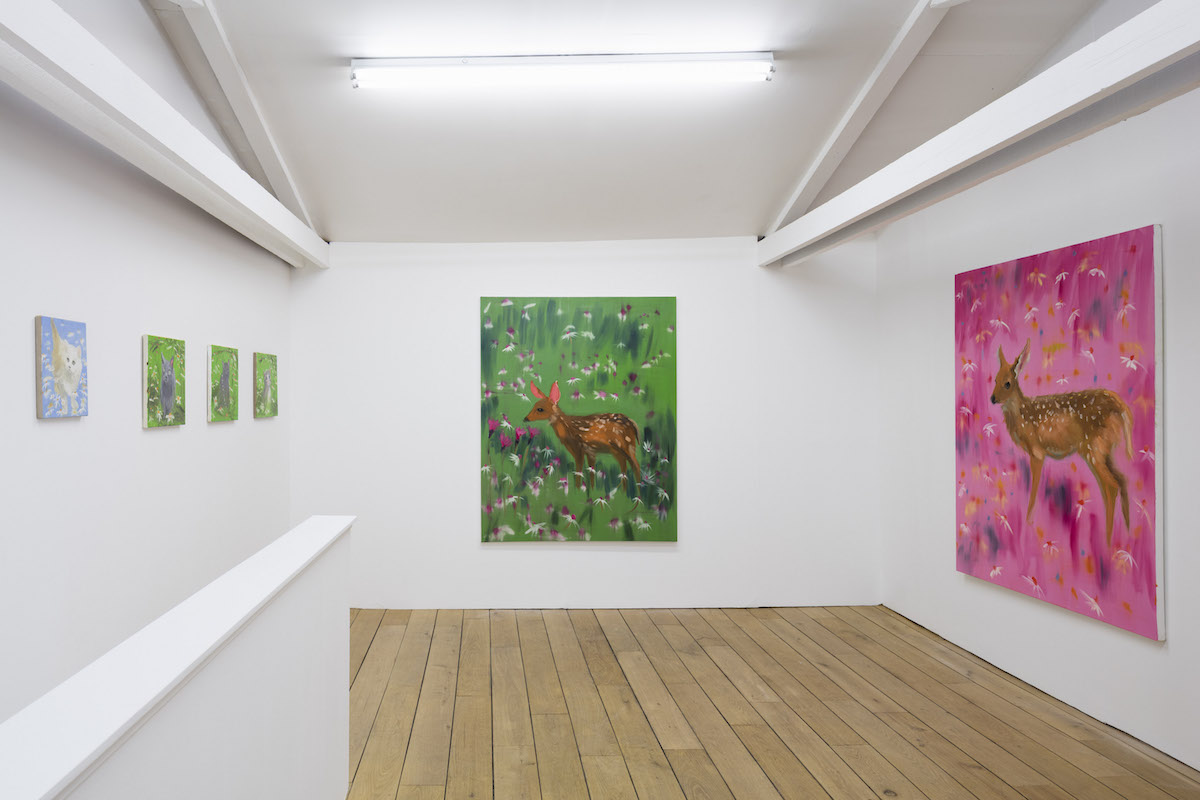 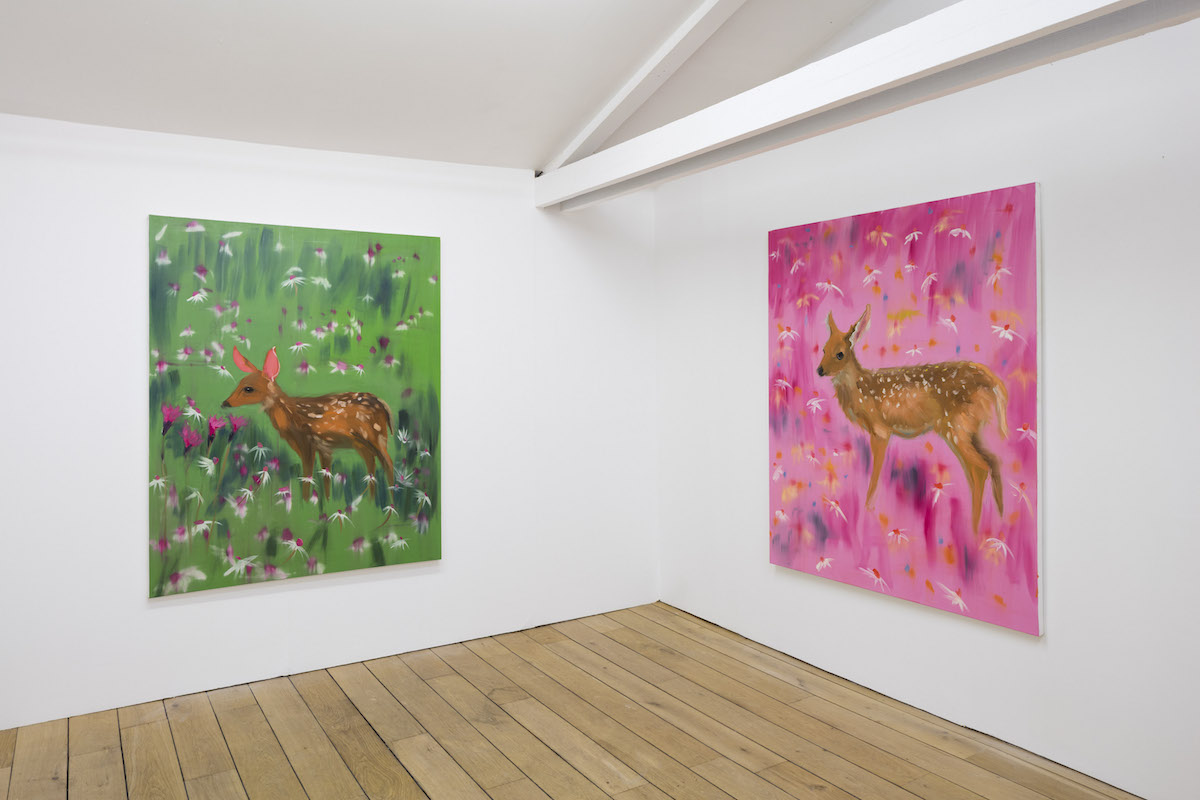 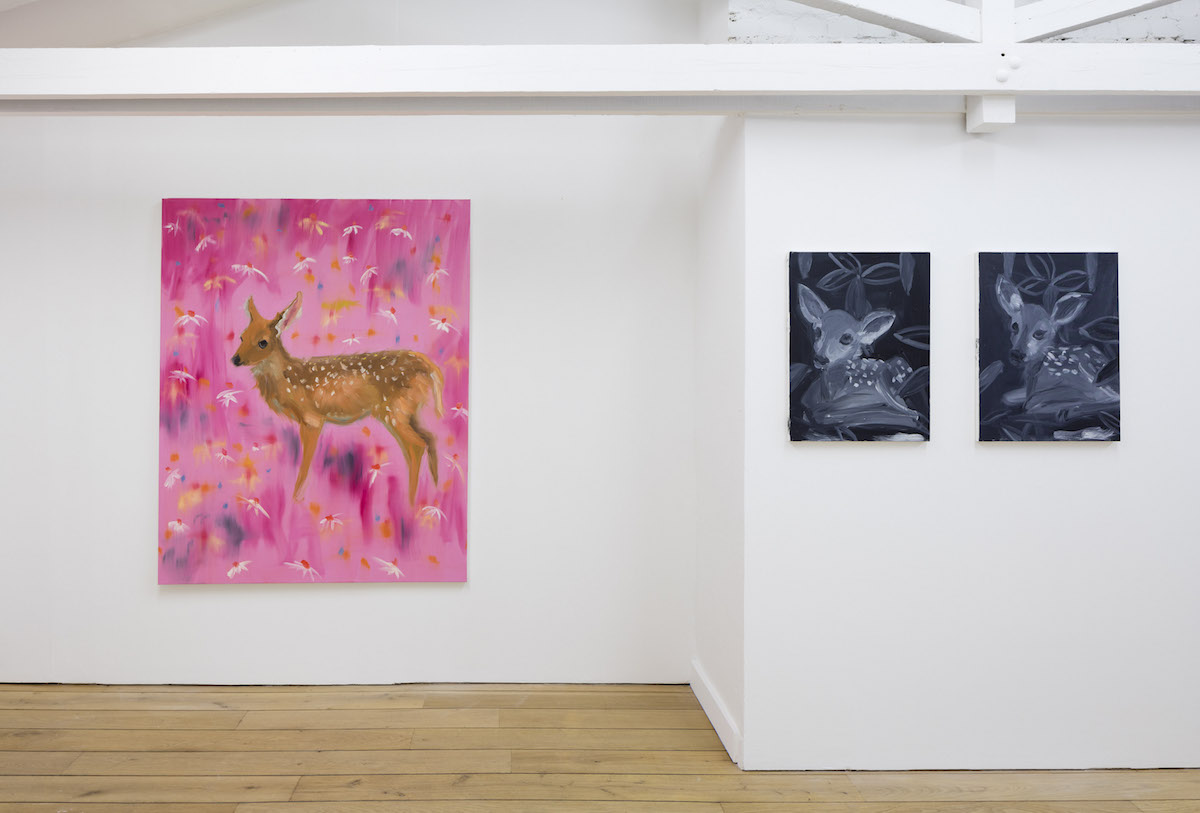 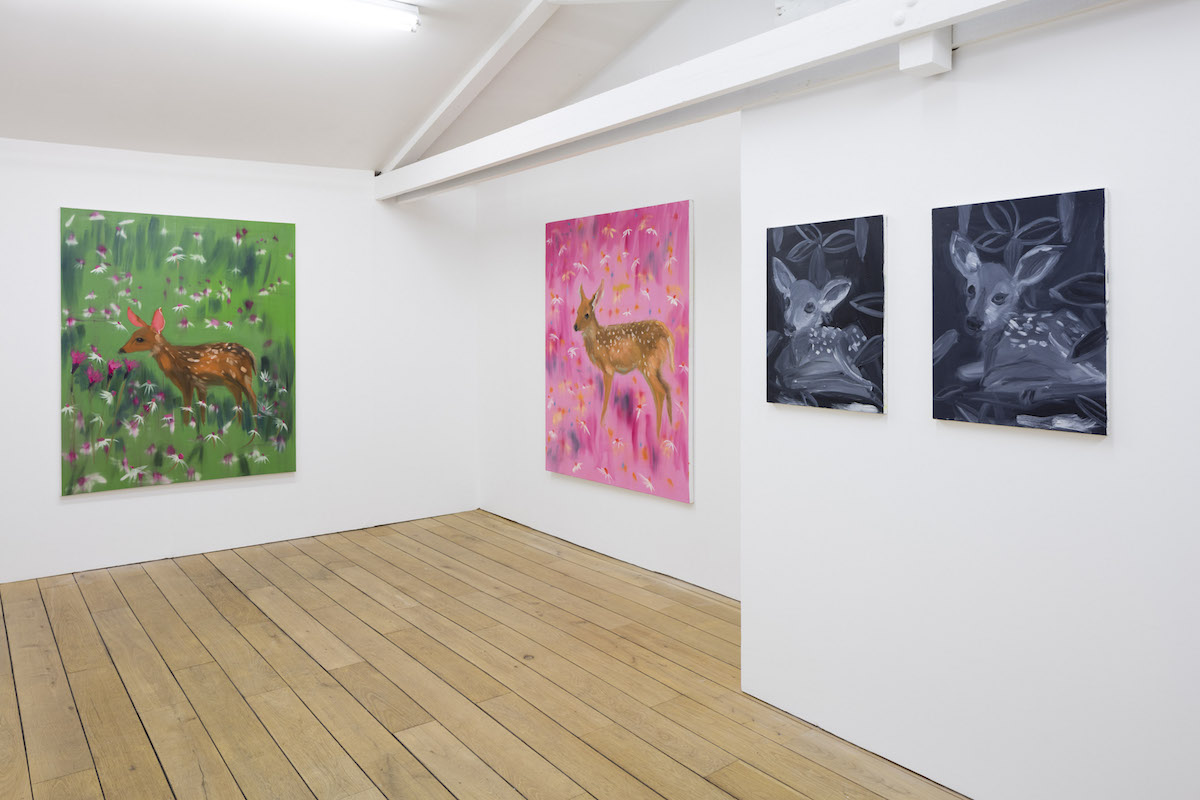 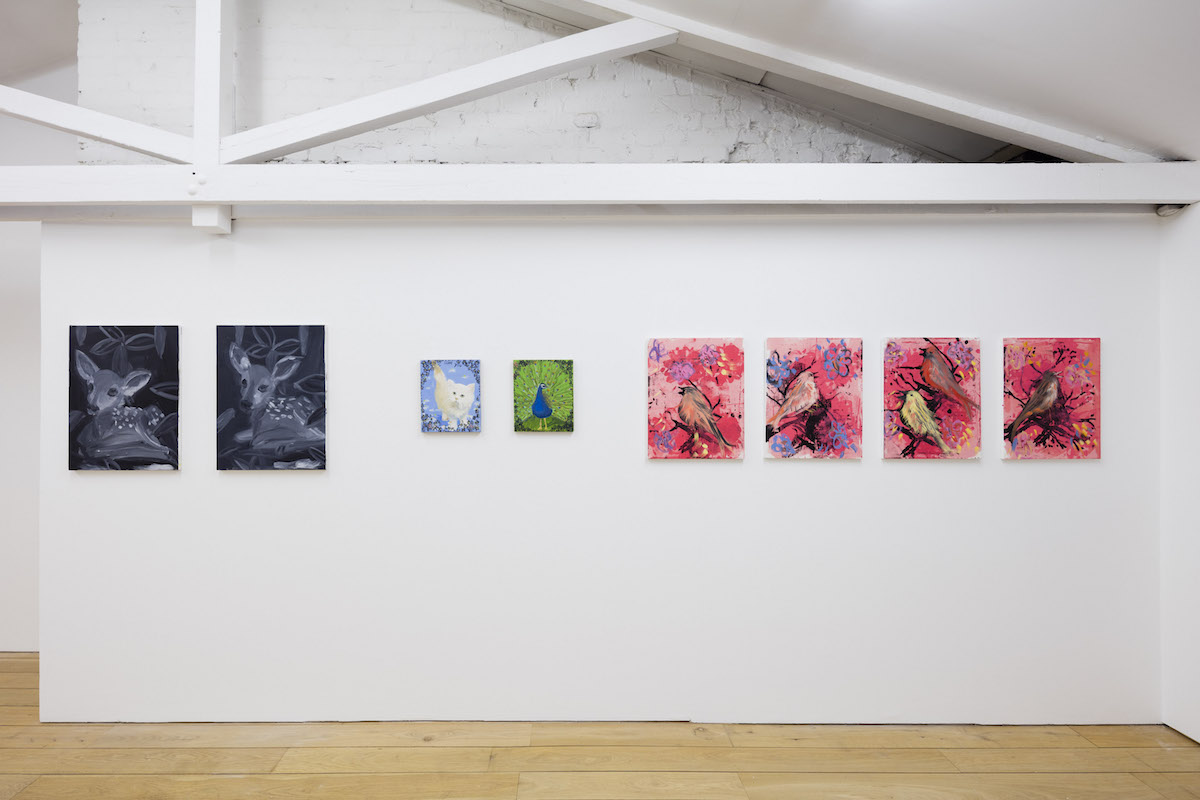 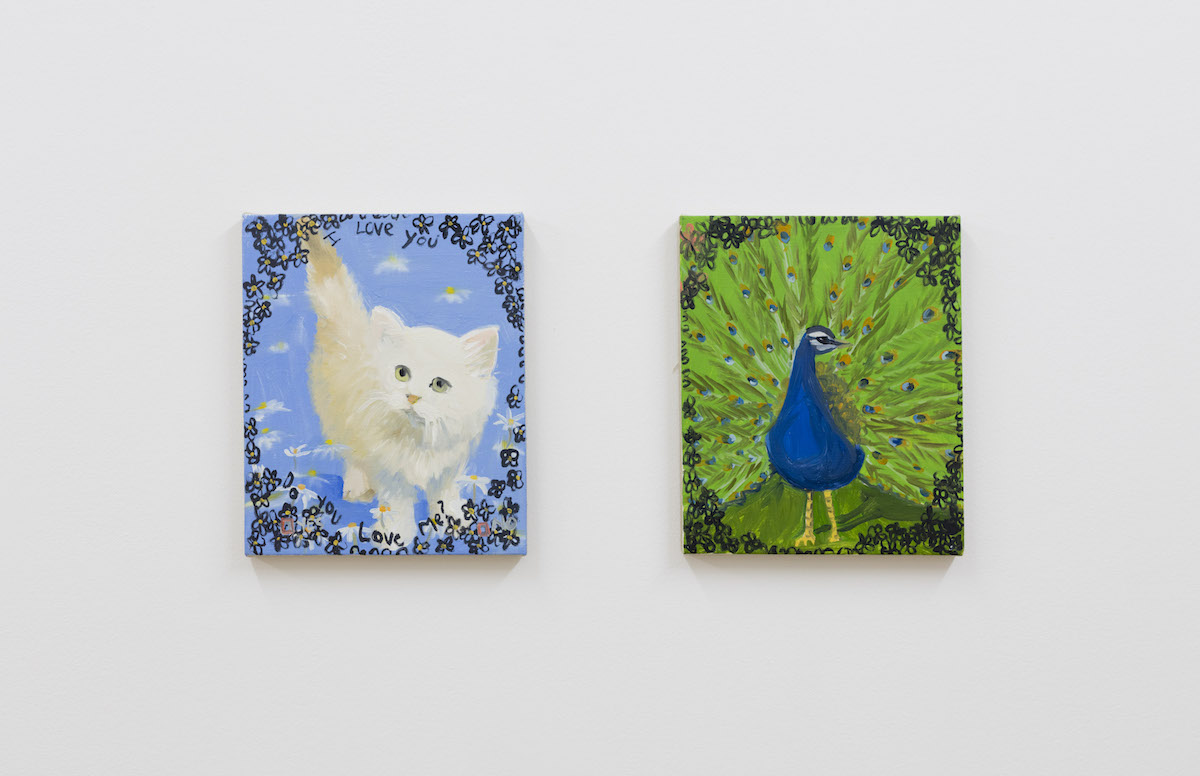 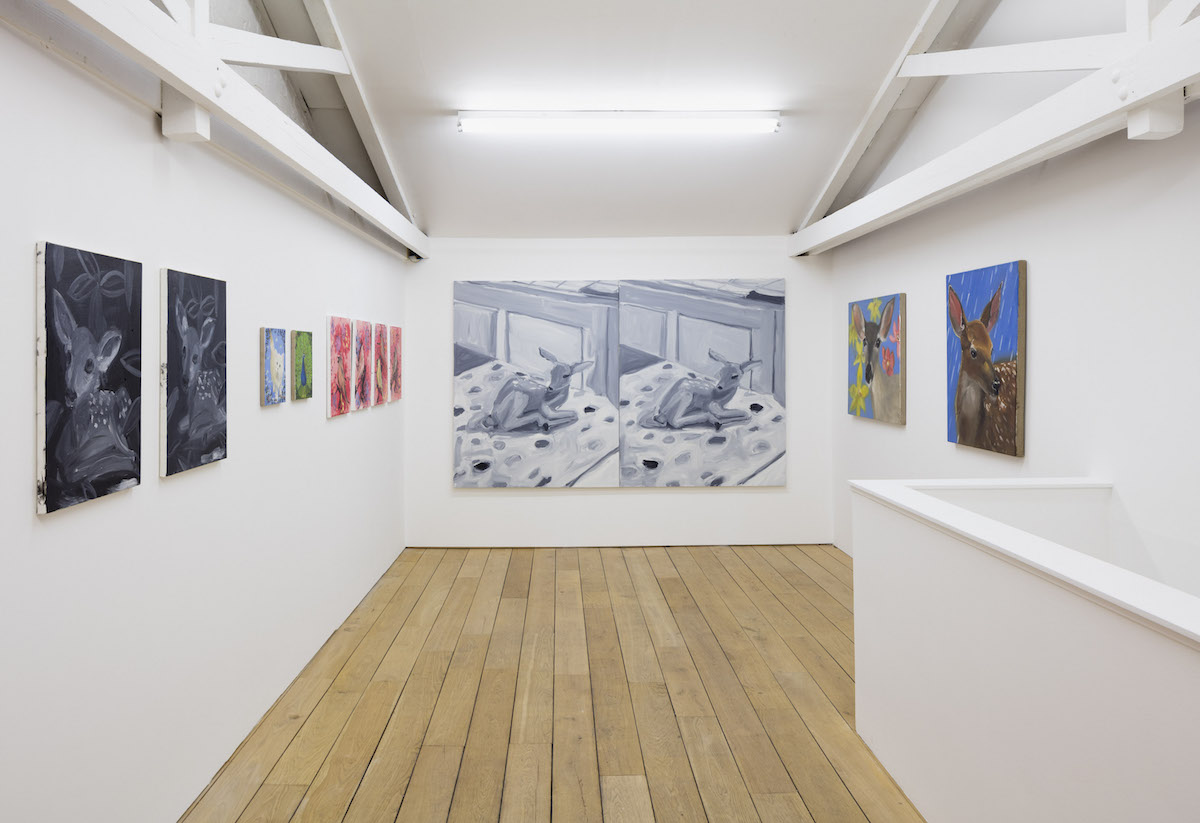 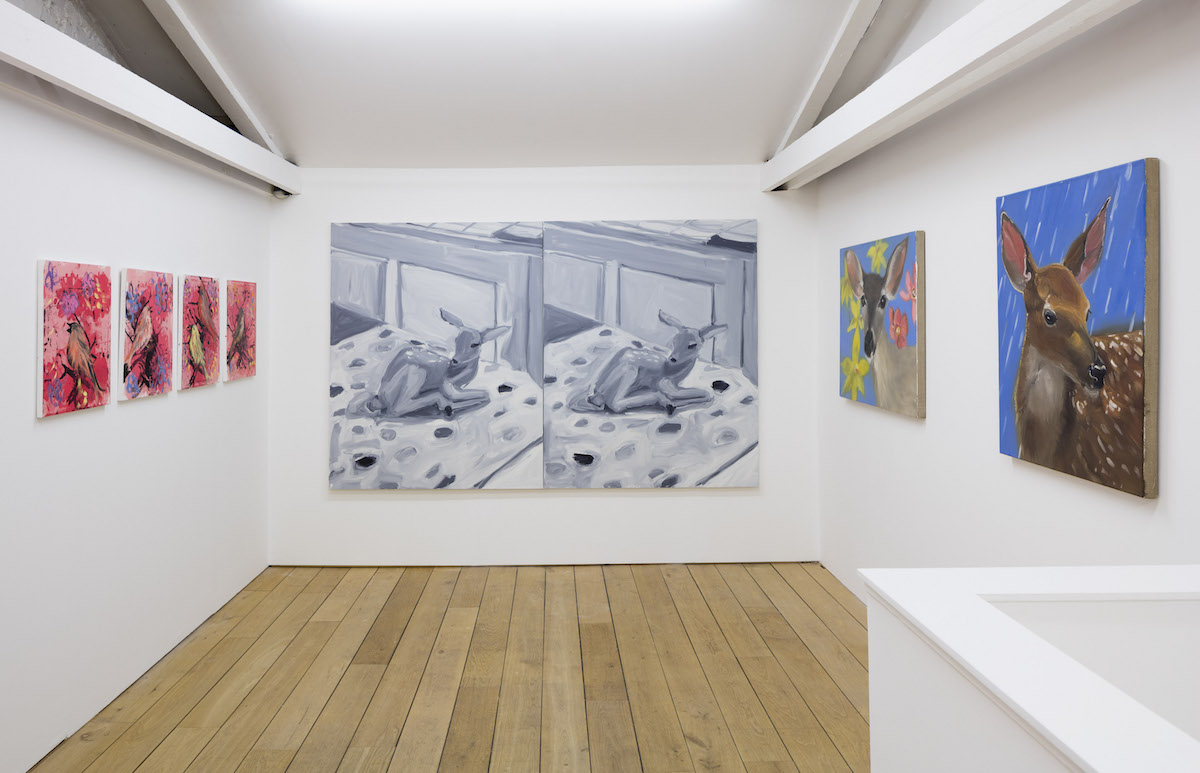 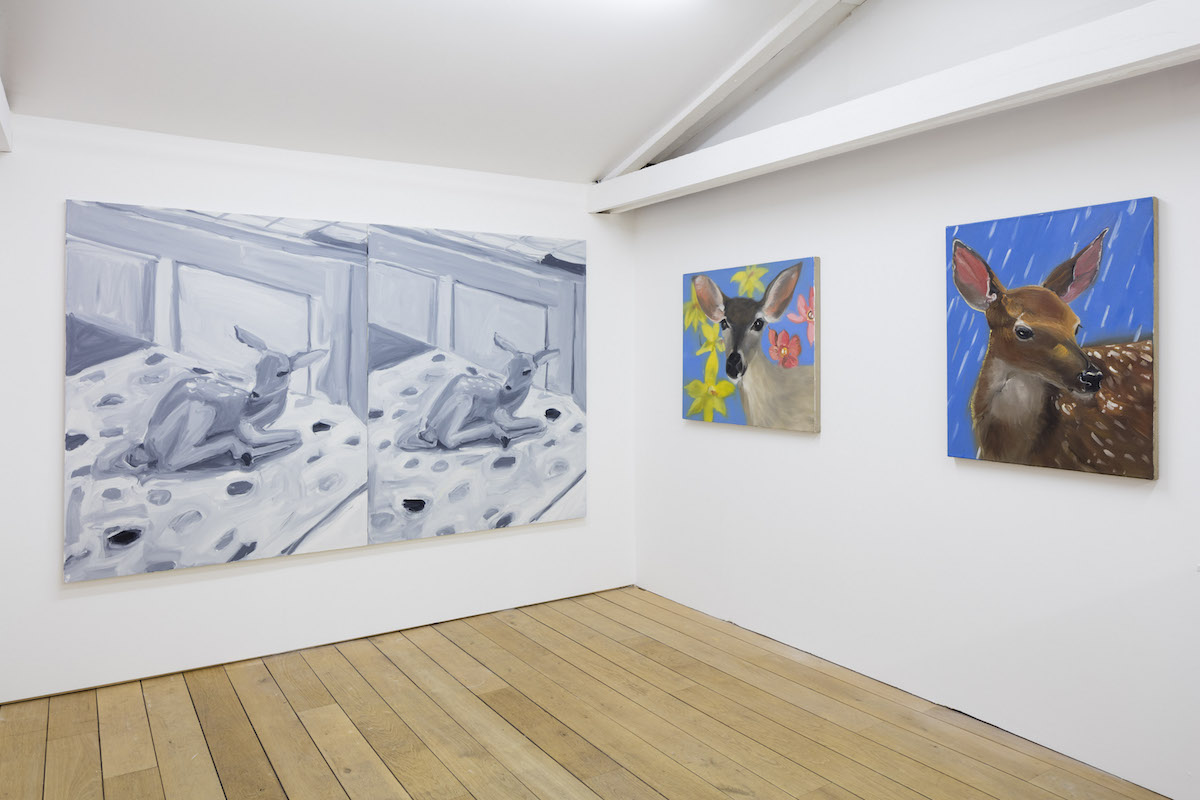 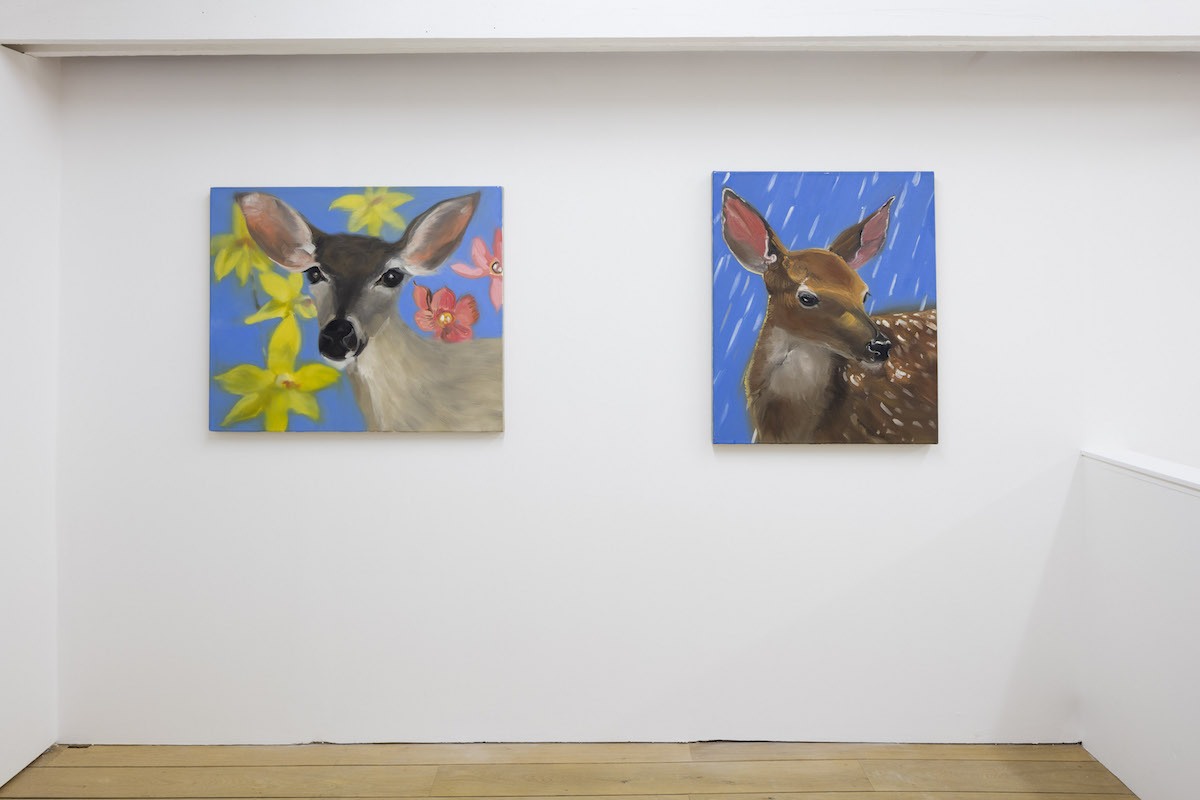