« Previous Page
AGAINST THE STREAM

SculptureCenter presents Ann Craven’s Against the Stream, 2008, the next installment in an ongoing artist dialog inscribed on SculptureCenter’s main gate. The work will be on view September 7 – November 30, 2008 with an opening reception on Sunday, September 7, 4-6pm. Taking place on the corrugated metal of SculptureCenter’s façade door, this series of gate works was conceived in 2007 for The Happiness of Objects exhibition with an inaugural work by Olivier Mosset titled Golden Shower, 2007.
This year, SculptureCenter has the pleasure to continue the gate series with Ann Craven’s Against the Stream, 2008. Taking its title from a 1946 novel by Barbara Cartland, the work responds in part to the stripes of Mosset’s Golden Shower, while further exploring the possibilities of scale and the language of visual abstraction.
Ann Craven is a painter based in New York. She is widely recognized for her small and largescale paintings of bird-and-branch motifs along with her paintings of the stages of the moon – which were completed almost entirely on the roof of her Harlem, New York studio. In 2005 Craven moved a step further into abstraction, taking with her the palette used in her figurative work and sparking her current painterly investigations into a non-objective relation to color. With the use of diagonal stripes, Craven emphasizes the location where stripes meet and highlights the points where colors collide. The version now depicted on SculptureCenter’s gate is the third incarnation of the color palette used in Against the Stream and Craven’s largest painting to date. For the gate version, Craven has blown up an 18 by 24 inch striped canvas first inspired by a five by five foot painting from her 2007 moon series, thus demonstrating her movement from figurative to abstraction in her investigations of color.
Ann Craven has had solo exhibitions at the Fond Régional d’Art Contemporain de Champagne- Ardenne (Champagne-Ardenne, France, 2008); Knoedler & Company (New York, 2008); Galerie Catherine Bastide (Brussels, 2006) and Klemins Gasser + Tanja Grunert, Inc. (New York, 2006). Her work has also been included in numerous group exhibitions including What we Do Is Secret at BLANCPAIN ART CONTEMPORAIN (Geneva, 2007); Cluster at Participant Inc. (New York, 2006); CarreRond in Paris at Centre Cultural Suisse (Paris, 2006); and with Cinema Zero in An Evening with Cinema Zero: Ann Craven collaboration with Amy Granat and Dusty Santos, (New York, 2006), and at the New Museum (New York, 2004).
sculpture-center.org 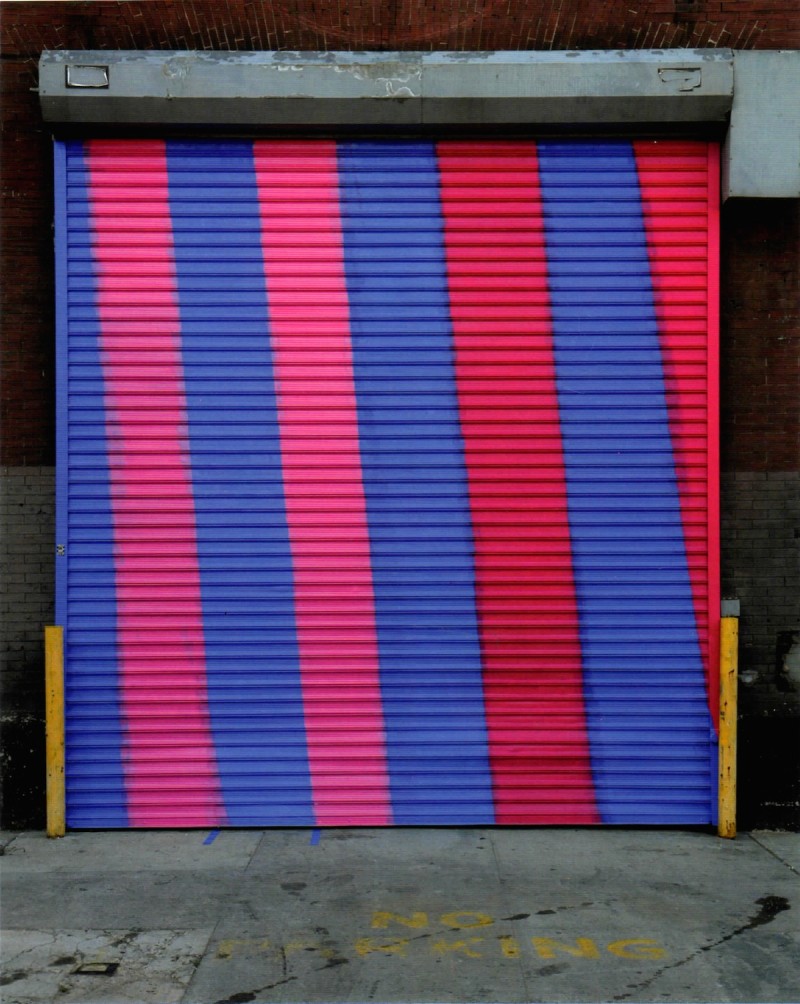